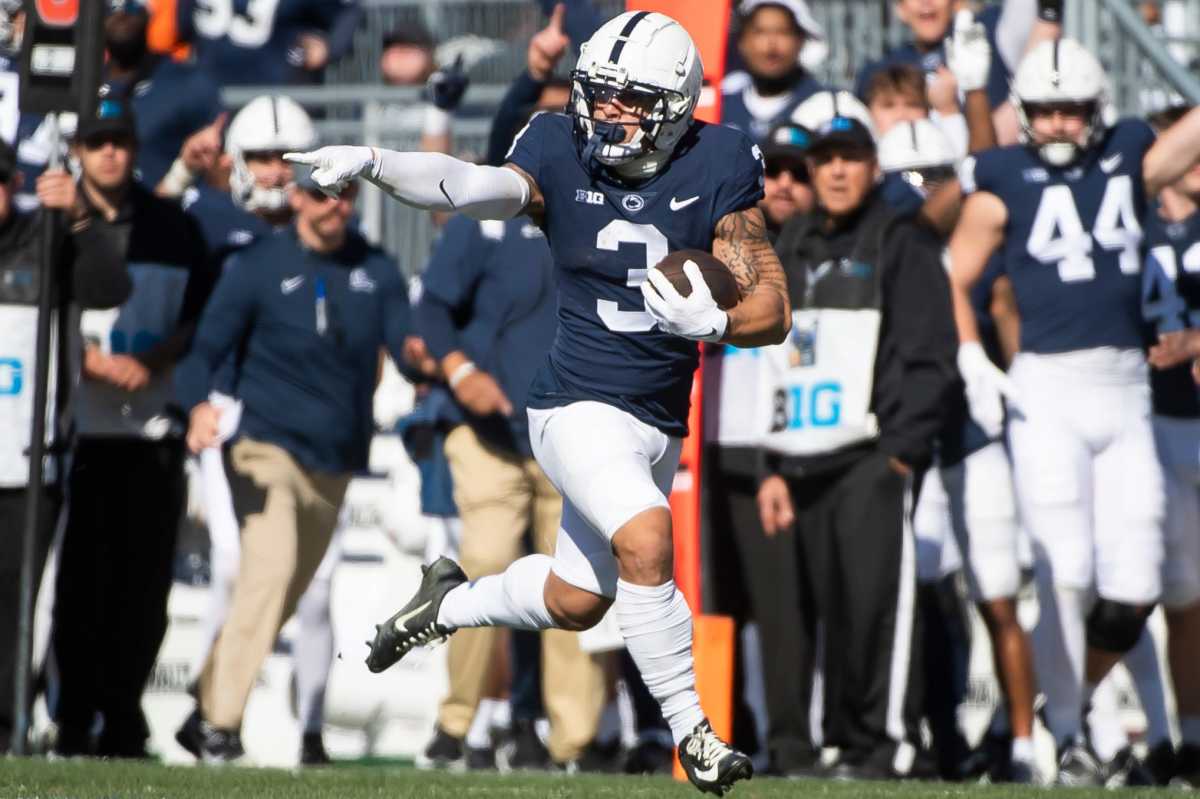 Parker Washington, Penn State’s leading receiver and a potential 2023 NFL draft pick, will miss the remainder of the season with an undisclosed injury. Coach James Franklin made the announcement Tuesday before the Lions’ regular-season finale against Michigan State.

Washington, who did not travel to Rutgers, had seen a late-season resurgence for the Lions. He caught 23 passes in his last four games, including a career day against Ohio State (11 catches, 179 yards). Washington also served as Penn State’s punt returner. He leads the team at receptions (46) and reception yards (611).

Washington, a junior, now finds himself in a unique career location. As a third-year player, he is eligible to enter the 2023 NFL Draft. But Washington is also entitled to two more years since he was a freshman during the 2020 COVID season. Franklin said he has “ongoing conversations” with players about their future.

“[Washington] runs solid routes and should have no problem with any next level route tree,” writes the NFL Draft Bible. “But his size, speed and quickness will prevent him from realizing his full potential as a route runner. Overall, Washington is a great collegiate player but lacks the advantage to make the difference at the next level. The qualities that Washington excel at are great, but they’re secondary when teams design a wideout.”

Penn State’s defense believes it is “on the verge of greatness.”

James Franklin shares a request for an early seniors day

Nicholas Singleton pleads for Big Ten freshman of the year

Sean Clifford is ‘very underrated’ by his teammates

AllPennState is Penn State’s place for news, opinions and perspectives on the SI.com network. Editor Mark Wogenrich has covered Penn State for more than 20 years, tracking three coaching staffs, three Big Ten titles and a catalog of great stories. Follow him on Twitter @ Mark Wogenrich. And subscribe to more great content on the SI.com network (buttons on the home page).