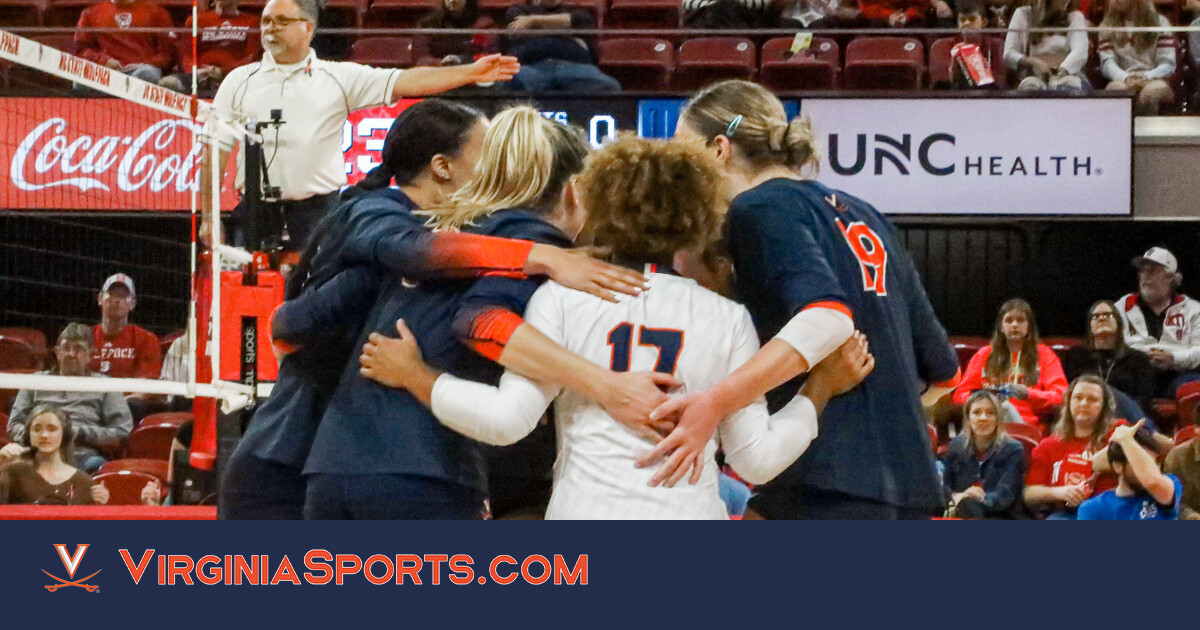 Set 1: NC State 25, Virginia 14
The Wolf Pack led for the entire No. 1 set after scoring the first four points to open the game. NC State led 8-5 before scoring seven straight points to open a 10-point lead the Cavaliers couldn’t break. Yon led UVA with three kills in the first frame.

Set 2: NC State 25, Virginia 19
Virginia hit three straight kills early in set #2 to reduce NC State’s lead to 9-8. The Cavaliers capped their own 3-0 run with four unanswered goals later in the set to level it 14-14 after back-to-back aces from Turner. NC State led 18-17 before the Wolfpack scored seven of the last nine points to win the second and take a 2-0 lead at the break.

Set 3: Virginia 25, NC State 20
After the break, NC State jumped out with an 8-4 lead to start the third game, but the Hoos scored six straight points to turn the score to a 10-8 lead. During the Virginia scoring tour, Yon recorded two aces at serve and GG Carvacho laid down two of their five kills in set number two. Carvacho’s fifth and final frame kill triggered another UVA run – this time 5-0 – and delivered the set point in the Cavaliers’ favour, 24:17. The Wolfpack went for the next three points, but Carvacho and Mattison Matthews teamed up for a block to end the set and reduce NC State’s lead to 2-1.

Set 4: NC State 25, Virginia 17
The Wolf Pack led most of Day 4 after NCSU scored four straight points to forge an early 6-3 lead. Virginia was within striking distance in the back half of Game #4 when a kill by Yon capped a 4-1 UVA run and reduced the Wolfpack’s lead to 18-15. From there, NC State won seven of their last nine games, including back-to-back aces to end the match.