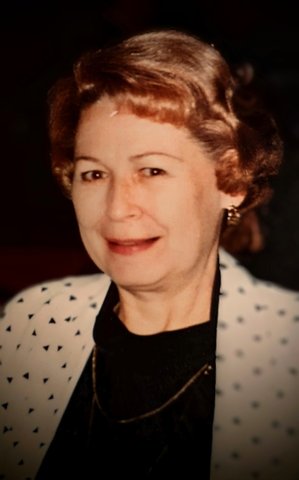 Virginia Lee (Frink) Dorn was born in Topeka, Kansas, near the Indian Reservation, where her parents, A. Virginia (Lee) and Corydon Thomas Frink, were missionaries to the Potawatomi Indians. Eighteen months later they would be working and teaching with the Yuma Indians in Arizona. When Virginia Lee (known to friends and family as Ginny Lee) was three years old, the family returned to her grandparents’ farm in Iowa before moving to Evanston, IL, where Corydon studied at Garrett Theological Seminary for the Methodist Church. Their next home would be at Van Brocklin Church southwest of Freeport, IL, and two years later in Thawville in east-central IL. There Corydon died and Virginia Lee’s mother temporarily took over the pulpit. However, they would soon move to Bloomington, IL, where her mother would become an assistant pastor.

But it was a difficult time for Jobs, and soon mother and daughter were back in Erie, PA, where Virginia Lee’s mother was born and raised. She fell ill during this time and Virginia Lee attended three different schools before traveling to Illinois to start a new life on the farm. After graduating as a Salutatorian from Orangeville High School, Virginia Lee entered the University of Dubuque, Iowa, in the fall. However, it was during the height of the Korean War, and high school sweetheart Richard and one of his buddies had enlisted in the US Navy. Fearing that he might be sent overseas, the two sweethearts decided to get married. Instead, Richard was sent to Sonar School in Key West, FL, where he was eventually assigned to an experimental minesweeper.

He would spend the next three and a half years on the east coast, where Richard was stationed with the minesquad. Children born during this period were Jeffrey Lawrence Thorn of Charleston, SC. ​​and Diana Lee Thorn of Key West, FL. They returned to IL in early 1954 to settle in Freeport, where both Virginia Lee and Richard would find work. Virginia Lee found her position in Freeport Memorial Hospital’s Medical Records Department very rewarding.

Virginia Lee began playing the piano by ear at the age of five. Classes came later, and by the time she entered college, music was her major. When her local church needed an organist, she stepped in to fill the need, learning organ technique in the process. Her experience as an organist, playing not only for morning services but also for weddings and funerals, spanned nearly 30 years. And after she retired, given enough time, she also began composing and writing poetry and novels. Having lived on Lake Summerset for more than 40 years, swimming and cycling were added to her activity schedule.

Of the years Virginia Lee worked in Freeport, her years at Freeport Memorial Hospital were the most memorable, as the friendships formed there lasted the rest of her life. After retirement, the friends (and husbands) met at least once a year to visit and eat together. Some special outings were held at Lake Wisconsin hosted by the Mullarkeys. Other gatherings were held at restaurants in and around the Freeport area and at friends’ homes. It was the best time…

Virginia Lee preceded her husband Richard, father, mother, grandparents, aunts and uncles in death. She is survived by a daughter, Diana (Bob) Verhulst, grandsons Jonathon (Krystina) Roemer and Wesley Roemer; Son Jeffrey (Christine) Thorn, grandson Jared (Kehlie) and granddaughter Ashley and great-grandson Caleb. Burial will take place in the Oakland Mausoleum next to her husband Richard. Messages of condolence can be shared below www.walkermortuary.com. In lieu of flowers, donations can be made to NIAS, The Salvation Army, and Goodwill.