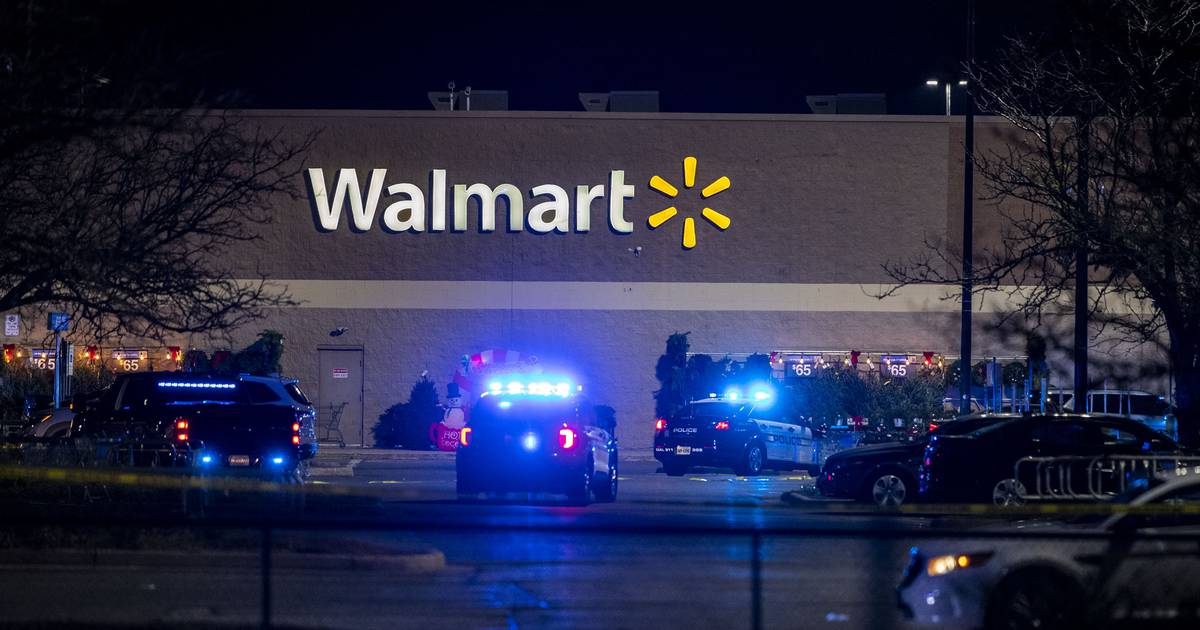 CHESAPEAKE — A note police found on the phone of the gunman who shot and killed six people before killing himself at a Chesapeake Walmart Tuesday was filled with complaints about co-workers and rants about his phone being hacked.

Police released the note on Friday. It was found on the phone of Andre Bing, who Chesapeake police say shot and killed six people and wounded four others at the Walmart on Sam’s Circle in Chesapeake. In the note, which was found at the crime scene, the gunman said he felt “harassed” and “taunted” by store associates. He also said he believed his phone had been hacked.

The gunman finished the note by writing: “God forgive me for what I’m about to do…”

In the note, the shooter named people he felt had either betrayed him or were “fighting” him. Police redacted the names of those individuals from the transcript released to the public.

At one point, the attacker wrote that he overheard two people talking and one told him that someone had been “trying to get rid of me since day one.”

The attacker described how he thought some of the Walmart associates were talking in code about him and gave him “evil twisted smiles.” The “holy spirit” is mentioned several times, and he also described how a person had come to apologize to him and she “looked into my eyes terrified by a demonic aura.”

In the note, the shooter said his “true intention was never to murder anyone, whether they believe it or not. He also stated his intention to spare a woman, whose name he redacted.

He also mentioned that his mother died of cancer.

Police confirmed the gunman used a 9mm handgun, which had been legally purchased at a local store on the day of the shooting. Police also reportedly found a box of ammunition and a receipt and other documents related to the pistol. The perpetrator had no criminal history.

Walmart confirmed that the gunman was the overnight team leader at the store and had worked for the company since 2010.

Former and current colleagues have described a strained relationship with the shooter, with one describing him as “always negative”.

Janis Strausburg, 48, of Chesapeake, had worked in maintenance at Walmart until June. He told The Virginian-Pilot that the shooter often tried to get the managers in trouble, though he couldn’t remember why he intended to get them in trouble.

He also said the shooting coincided with a shift change. At that time, several employees met in the ward or back corridor. The booth was also where workers entered and exited, according to Strausburg.

One employee, Briana Tyler, also noted that Bing was “just looking for little things to do because he had the power.”

Tyler, who started at Walmart two months ago, said the shooting happened just before a meeting with the overnight sock team — about 15 to 20 people. Tyler said the shooter did not appear to be targeting anyone in particular.

“He just shot across the room. It didn’t matter who he hit. He didn’t say anything. He didn’t look at anybody a certain way,” Tyler said.

Three victims and the perpetrator died on the spot. Three more victims were taken to local hospitals where they later succumbed to their injuries. Three others were hospitalized. On Friday morning, police said two remained in area hospitals, one in critical condition and the other improving.