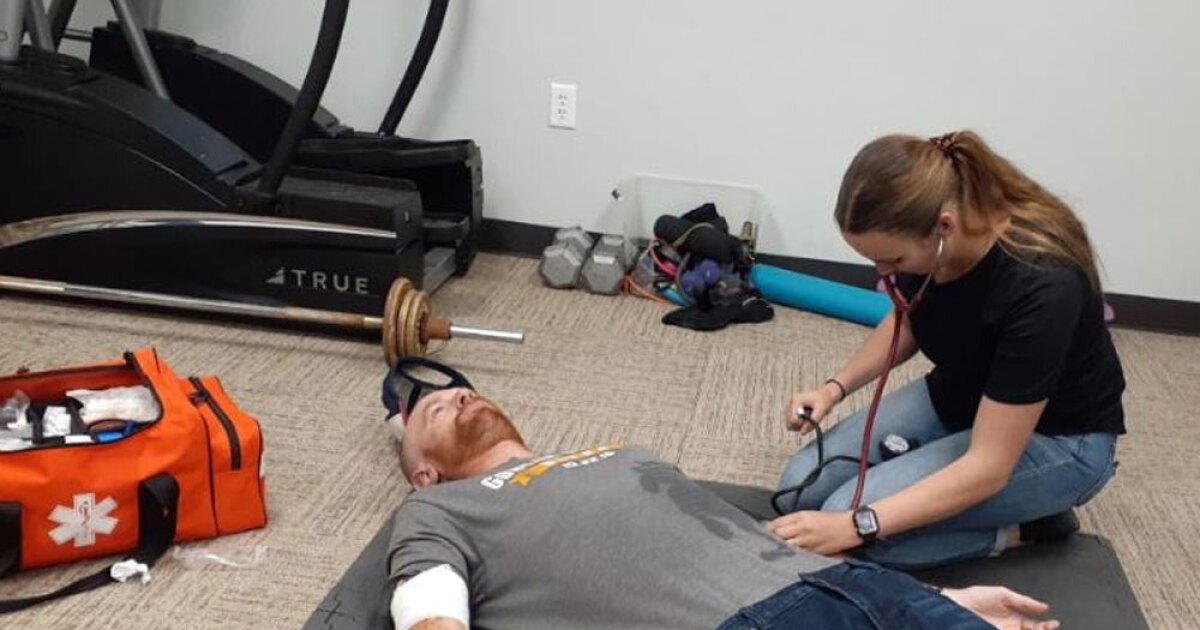 A hybrid class at Salt Lake Community College aims to train more emergency responders in rural parts of Utah. NationalRural areas are struggling with enough staff to cover 911 calls, and the state’s director of emergency medical services said Utah is no exception.

The new paramedic class started at the beginning of Fall 2022 and while lectures were delivered via Zoom, students completed hands-on training at local first responder agencies.

Kylie Linford, the course coordinator for the EMT class, said the students learned things like treating various injuries, how to conduct full medical exams, when to administer certain medications and how to interact with patients.

“Identifying issues that arise, whether it’s a medical issue, a trauma issue, or both,” she said. “What the threat to life is, how to treat it, and how to ensure these patients can continue to receive medical attention.”

Rather than focus on teaching people along the Wasatch front, SLCC emergency medicine program manager Russell Malone said they hybridized the class so they could teach students in rural parts of the state. They had students north outside of Brigham City in Mantua, some students in Emery County, and other students on or near the Navajo Nation. By providing a hybrid class, students do not have to travel from Montezuma Creek, located near the southeastern tip of the state, to Salt Lake City to attend class.

Malone said SLCC decided to focus on paramedic training in rural parts of the state following a meeting of the Utah State Emergency Medical Services Committee on July 13th. Utah State Code requires at least two EMTs to respond to the scene of a 911 call. But for some rural counties, finding two available EMTs has proven difficult. During the meeting, all Beaver, Piute and Wayne counties asked for waivers to send an EMT in place of one of the required technicians.

The committee approved the waivers, and Dansie said last July marked the first time Utah authorities have allowed an EMR to respond to a 911 call in place of an EMT.

“We don’t want to dumb down the industry. We don’t want less talented people out there, we’re trying to maintain that higher level of skill,” said Dansie. “But we found in some areas that the coverage isn’t there. And that is a band-aid that you can put on in the short term.”

According to Dansie, there are several reasons why rural areas are struggling to have enough paramedics. One reason is that not enough young people are registering as EMTs in rural areas replace the older EMTs when they retire. Also, Dansie said the majority of paramedics in rural areas are volunteers, working either for a small stipend or completely for free.

About 25 people took part in the hybrid class this semester. Malone hopes training more paramedics will help save lives.

“If you don’t have the right person to provide the appropriate care, people suffer,” Malone said. “Many techniques require two people. If you fail, lives are at stake.”

The course was offered free of charge for students as the costs were covered by Utah’s Learning and Work Program.

Karen Nelson, 69-year-old Mantua City Council member, took the EMT course and plans to volunteer as an EMT for the local fire department after passing the National Register EMT test. She said it’s a big deal for small towns to offer this course for free.

Last year, Nelson said Mantua paid for one person in the city to receive EMT training. But with the SLCC course, several residents were trained for free.

“So for our small town, that’s quite a hit on our budget if we had paid for every person to take this course,” Nelson said.

Malone said SLCC plans to continue offering the hybrid EMT course and the class will start again in January.