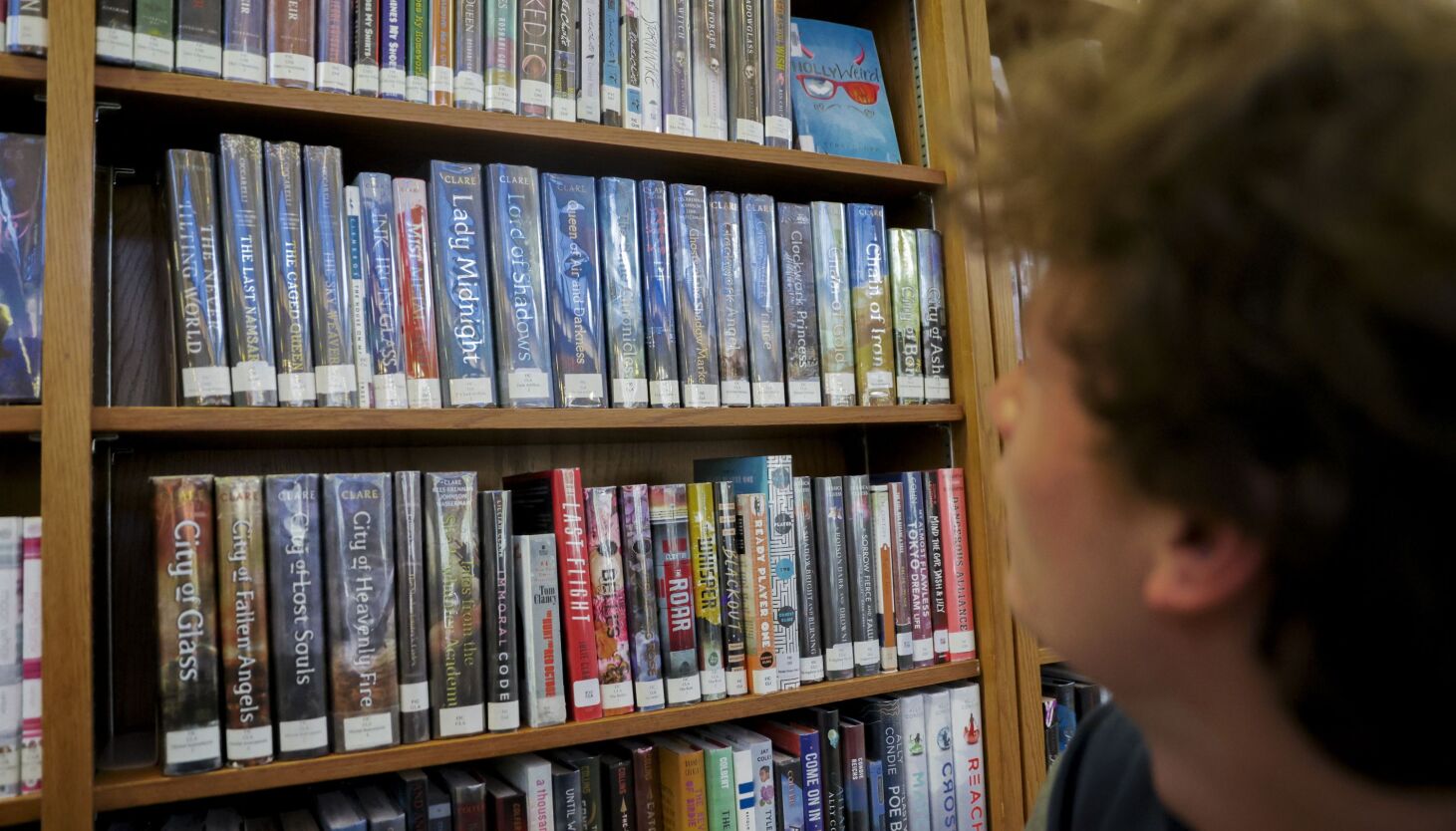 When the president of the Alpine School District Board of Education recently reported to Utah lawmakers that police were called to a school library to investigate a report that someone was allegedly distributing pornography to children, the seemingly surprised committee chairman asked for clarification.

“Yes,” said Clemens. The experience frightened school librarians and “made them less effective,” he said.

Clement continued, “School librarians are trained professionals. They don’t try to peddle pornography to the students.”

Clement said that before HB374 was passed, the Alpine School District had an existing process “that worked really well.” When a student came to a librarian, “they suggest books that match that student’s values ​​and emotional needs.”

If a parent does not want their child to access certain materials, they can contact a librarian.

Since the passage of HB374, sponsored by Rep. Ken Ivory, R-West Jordan, the school board has developed 11 drafts of new district-level policy before adopting one in late September, Clement said.

It assembled 25 district committees made up of patrons and school officials to conduct the reviews. The members of the community outnumber the educators, he said.

Forty-nine out of 52 titles were reviewed. Of those, 22 have been removed from school libraries, 18 are available to the reader with parental permission or are age-appropriate, and nine have been retained, Farnsworth said.

Clement said a valuable aspect of the debate and policy development is that the school district is doing more careful scrutiny of the books it receives from publishers. “This part of our policy was very valuable in helping us keep books that would violate community standards from hitting shelves,” he said.

“But I hope you know there’s also a big negative about teachers who feel like they’re not trusted or labeled as a promoter of pornography when what they’re really trying to do is help kids,” said Clement.

With some patrons pushing to have books removed, the Utah ACLU has also reached out to the school district, raising concerns about removing books without going through a thorough process to protect individuals’ rights, he said.

Some committee members asked district officials why school districts have taken so long to make decisions about books.

Although lawmakers passed HB374 in March, it went into effect several months later. Meanwhile, the Utah State Board of Education worked to develop a model policy, and the Utah Attorney General’s office provided legal guidance to districts to help them develop their own policies.

Davis School District Assistant Superintendent Logan Toone said since the school board approved its guidelines in September, the district has assembled 13 committees of parents, educators and others to review 44 books. Eleven books have been reviewed in the past two weeks, he said.

“Now that the groundwork is done, I was wondering if you have an estimated time that you think these standing functional committees will be able to move through the books you have?” asked Senator Lincoln Fillmore, R-South Jordan.

“I don’t know the answer to that question, but it will be quick,” Toone said.

Sen. Kathleen Riebe, D-Cottonwood Heights, said schools are busy and “this is something that’s been added to our plate now and is taking a lot of time.”

But the process needs to be thoughtful because while some parents want certain titles removed from school libraries, others want their children to have access to a diverse selection of literature, she said.

“Hundreds of books, ranging from discussions on issues such as gender equality and LGBTQIA+ representation, have been pulled from shelves. Racial issues, which often address the injustice of not being white, are quickly removed so as not to offend parents,” he said.

“Schools should teach us how to think, not what to think,” he added.

Senator John Johnson, R-North Ogden, said state law requires school supplies that pass the Bright Line test to be immediately removed from school collections if the text describes or depicts illegal sex or sexual immorality and does not has serious value for minors.

Johnson said he could understand why educators would be a bit scared “given that the new law outlines exactly what pornography is, and it’s a criminal offense in the state of Utah if someone is distributing pornography to children. So this light line rule is really important.”

Books that don’t cross that line can be examined for their literary merit, said Johnson, co-chair of the Education Interim Committee.

“But if the book contains pornography, that will be clearly identified in the law. These books really need to come out as soon as possible,” Johnson said.