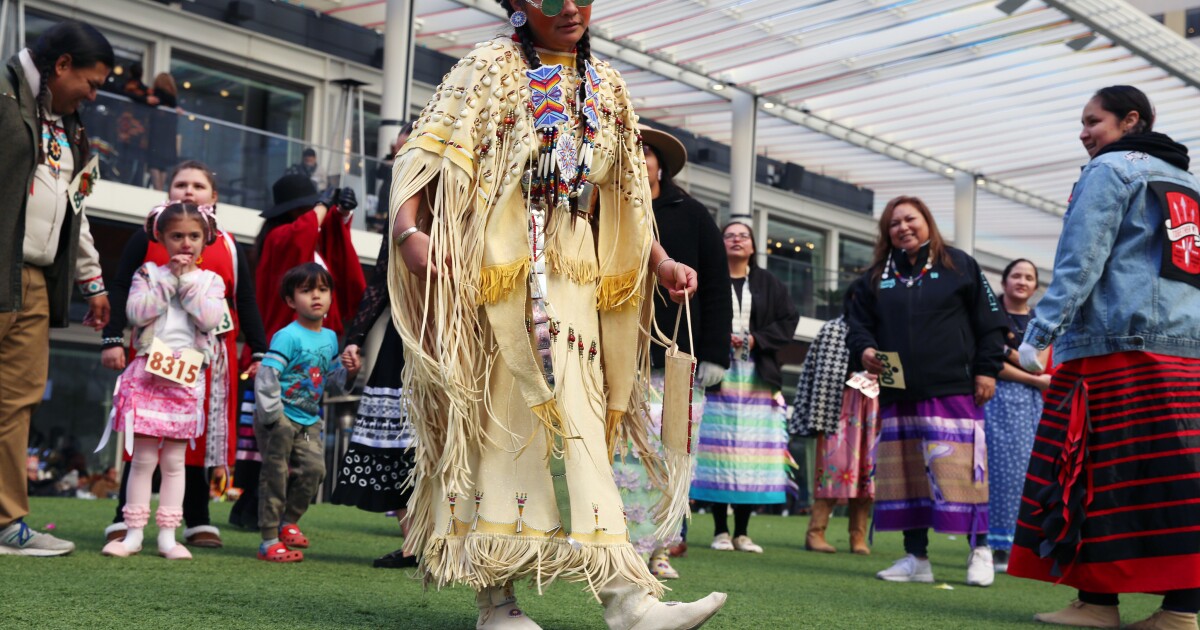 Last weekend saw the inaugural runway show of the Native American Heritage Month Powwow hosted by the Inter-Tribal Council of AT&T Employees. About 40 participants, ranging in age from 3 years old to people in their 60’s, competed for prizes such as a new S22 phone provided by fashion show co-sponsor Samsung.

Rachel Salinas, national president of the Inter-Tribal Council of AT&T Employees, said the runway show, which includes streetwear and heritage clothing categories, is an important addition to the powwow this year because it challenges people’s perceptions of Native Americans.

“A lot of people have stereotypes about what Native Americans look like and what we wear,” she said. “So I think showcasing our fashion and our people will help break the stereotype and bring more visibility to our community.”

Salinas, who is a Lipan Apache, said the fashion show gives members of the local indigenous community an opportunity to represent their tribes’ unique clothing styles. There is 574 state-recognized tribes in the USA

Grand prize winner Juliane Rives, who is Kiowa and Comanche, won the S22 phone after a dance competition and wore a traditional suede dress with yellow, white, red and green colors representing different parts of her heritage.

Tana Cleamons, whose name is Chickasaw, took first place in the streetwear category for her choice of a red bow-tie skirt and denim jacket that she designed with custom patches to raise awareness of the Missing and Murdered Indigenous Women (MMIW) issue.

Katherine Burr of the Jemez Pueblo tribe of New Mexico won in the traditional clothing category.

Arts Access is a partnership between The Dallas Morning News and KERA that expands local arts, music and culture coverage through the lens of access and equity.