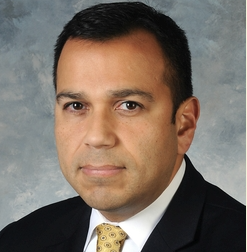 State Senator Ralph Alvarado, R-Winchester, who won re-election to another four-year term earlier this month, will step down in January to become commissioner of the Tennessee Department of Health.

Announcing the appointment of Alvarado, a physician, Tennessee Gov. Bill Lee said, “Dr. Alvarado’s significant clinical and hospital management experience makes him a good position to lead the Department of Health, and I appreciate his service to Tennesseans.”

In a statement, Alvarado, 52, called serving the people of his district the honor of his life.

“I am incredibly grateful for my time in the Kentucky Senate since my first election in 2014. I will always be grateful for the continued trust my constituents have in me. Working with my colleagues in the Senate and House of Representatives is an experience I will always cherish, and the friendships I have developed will last a lifetime,” he said. “The most difficult thing about this transition is knowing that after my resignation I will no longer be the voice of my constituents in Frankfurt. I will continue to represent the 28th District during the early stages of the 2023 Legislative Session.

“The opportunity presented to me by Governor Lee is a chance to have an even more meaningful impact on public policy. In making the difficult decision to accept this offer, my focus remains on faith, family and public service. Ultimately, I have come to the conclusion that the role of Commissioner of the Tennessee Department of Health is right for my family and I. Ultimately, it’s an excellent opportunity to lead.

“With the exception of accepting Christ as my Savior, promising to forever cherish my wife Dawn, and having my two incredible children born, two of the most special moments of my life have been taking the Hippocratic Oath and my oath to the Constitution swear service to Senate District 28.”

Alvarado said he and Gov. Lee share a similar political vision and he looks forward to “making the Volunteer State the standard-bearer of sound, patient-centric public health policies.”

Senate President Robert Stivers, R-Manchester, said he fondly looks back on when he first met Ralph and Dawn Alvarado. “We developed a strong friendship in our joint efforts to get Ralph to the election first. I knew from the start that he would be successful in the Senate, just like he did as a medic. I have no doubt that will be the case in his new role as well,” Stivers said.

“Senator Alvarado was one of the most effective lawmakers in the Kentucky General Assembly, and we have relied with confidence on his expertise and insight on public health issues and more. His fingerprints are deeply embedded in the many victories Kentucky has seen over the past decade.”

Alvarado will remain the representative for Senate District 28 through the first week of the 2023 legislative session and until he resigns or takes his oath of office on the Tennessee Executive Branch. said Stivers.

“His presence is critical for the start of our 2023 session because historically, important legislation was being drafted and passed at this point,” the Senate President said.

Stivers said Alvarado will be an “incredible addition to Gov. Lee’s team.”

Alvarado, who was born in San Francisco, California, was the first Hispanic ever elected to the Kentucky General Assembly. His father is from Costa Rica and his mother is from Argentina.