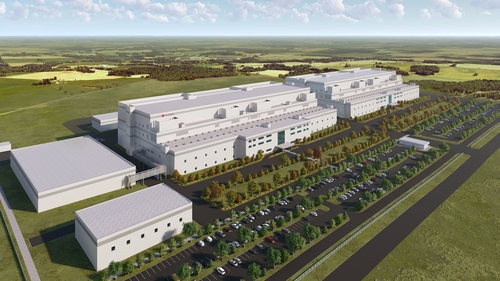 LG Chem Ltd., South Korea’s leading chemical producer, announced on Tuesday that it will build its first US cathode plant in Tennessee while accelerating its overseas push in North America to respond to growing demand for electric vehicle components.

LG Chem will spend at least US$3 billion on the project to build the facility capable of producing 120,000 tons per year of the critical component consisting of nickel, cobalt, manganese and aluminum that power lithium Ion battery cells intended, the Seoul-based company said in a press release.

The annual production target will be enough for about 1.2 million pure electric vehicles with a range of 500 kilometers per charge, LG Chem said.

The factory will be built in Clarksville on a 1.7 million square foot lot.

Construction will start in the first quarter of next year, and the plant is scheduled to go into operation at the end of 2025.

The signing ceremony for the cathode plant project was held in Tennessee on Monday and was attended by Gov. Bill Lee, Commissioner for Economic and Community Development Stuart McWhorter, and LG Chem CEO Shin Hak-Cheol, among others.

“The new cathode manufacturing facility in Tennessee brings us one step closer to becoming the world’s top battery materials manufacturer and fulfilling our corporate vision of becoming a world-leading science company,” said Shin.

“This site will be the North American manufacturing center of excellence for the cathode supply chain,” he added.

Cathodes are a key material in lithium-ion battery cells that determine an electric vehicle’s capacity and lifespan. Ensuring a stable supply of cathode materials has increasingly become an important factor for EV battery manufacturers in the face of higher mineral costs. Cathodes account for about 40 percent of the production costs of a battery.

The changing business landscape in the United States has also prompted global EV component manufacturers such as LG Chem to accelerate moves to expand facilities in the region.

Over the years, the new US electric vehicle law, or Inflation Reduction Act, will require that electric vehicle batteries be made with higher proportions of minerals processed or mined in the US or elsewhere that have free trade agreements with the country.