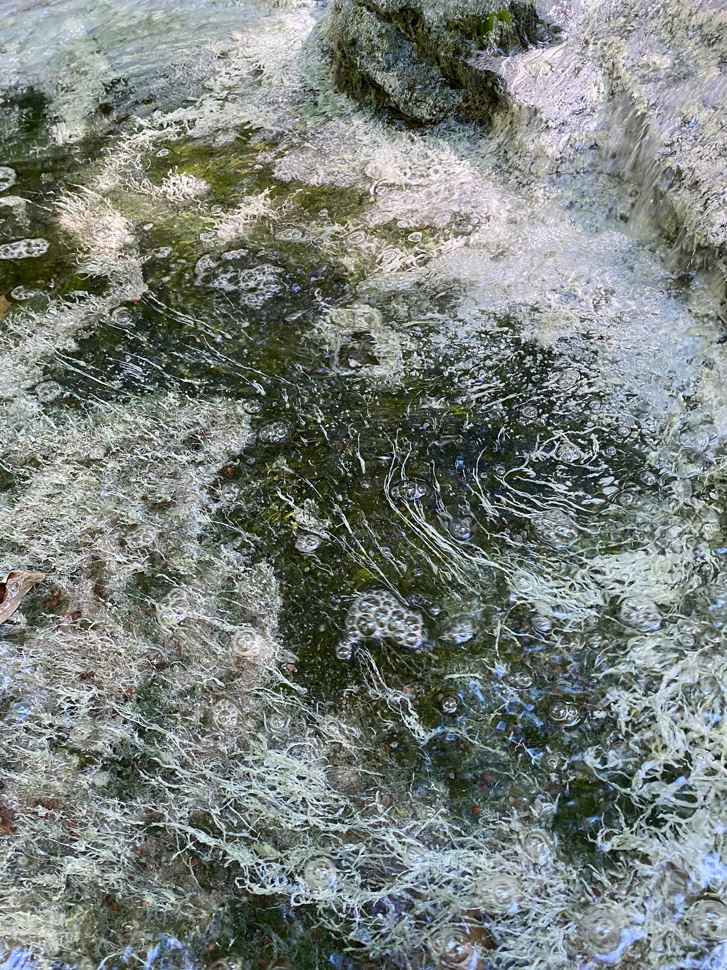 Attorneys at the Southern Environmental Law Center point to a “massive” bacterial bloom as a sign the rapid development is overwhelming the state’s water resources.

In September, landowners living near Trace Creek in Dickson County noticed a film of bacterial colonies forming on the waterway and alerted the Harpeth Conservancy, an organization dedicated to protecting Tennessee’s rivers. Organization members determined the film was most likely caused by Sphaerotilus natans, a bacterium commonly associated with raw sewage, and traced the problem to the White Bluff treatment plant, located just upstream of the creek.

Left untreated, the bacterial bloom can grow rapidly and deprive the local ecosystem of oxygen. In humans, a bacterial bloom indicates that wastewater is being improperly treated and can lead to pathogens and other human health risks, noted Grace Strangch, vice president of conservation and policy at the Harpeth Conservancy.

The creek also enters the narrows of the Harpeth River, “one of the best-recreated areas in Tennessee,” Stranch said.

SELC lawyers then filed a lawsuit official complaint on behalf of the Harpeth Conservancy to the Tennessee Department of Environment and Conservation. Lawyers urged the department to impose stricter restrictions on the facility’s discharge permit and halt additional sewer connections until the issue is resolved.

The bacterial bloom is also an indication of the state’s inability to support a rapidly growing population, according to SELC lawyers. Recent state data shows that an estimated 59% of Tennessee’s waterways are considered too polluted to support basic functions. Nitrogen and phosphorus pollution — which can result from improperly treated wastewater discharges — are some of the leading causes of river disruption nationwide.

The White Bluff facility, operated by the Dickson County Water Treatment Facility, has a permit that does not place quantitative restrictions on nitrogen or phosphorus discharges, according to the SELC. The permit prohibits certain discharges of water and may violate the WADC.

“Until we get really good numerical cutoffs for phosphorus and nitrogen, we’re going to have problems where we’re going to see growth of these pathogens and growth of algae,” Strangch said.

“It’s a statewide problem,” she added.