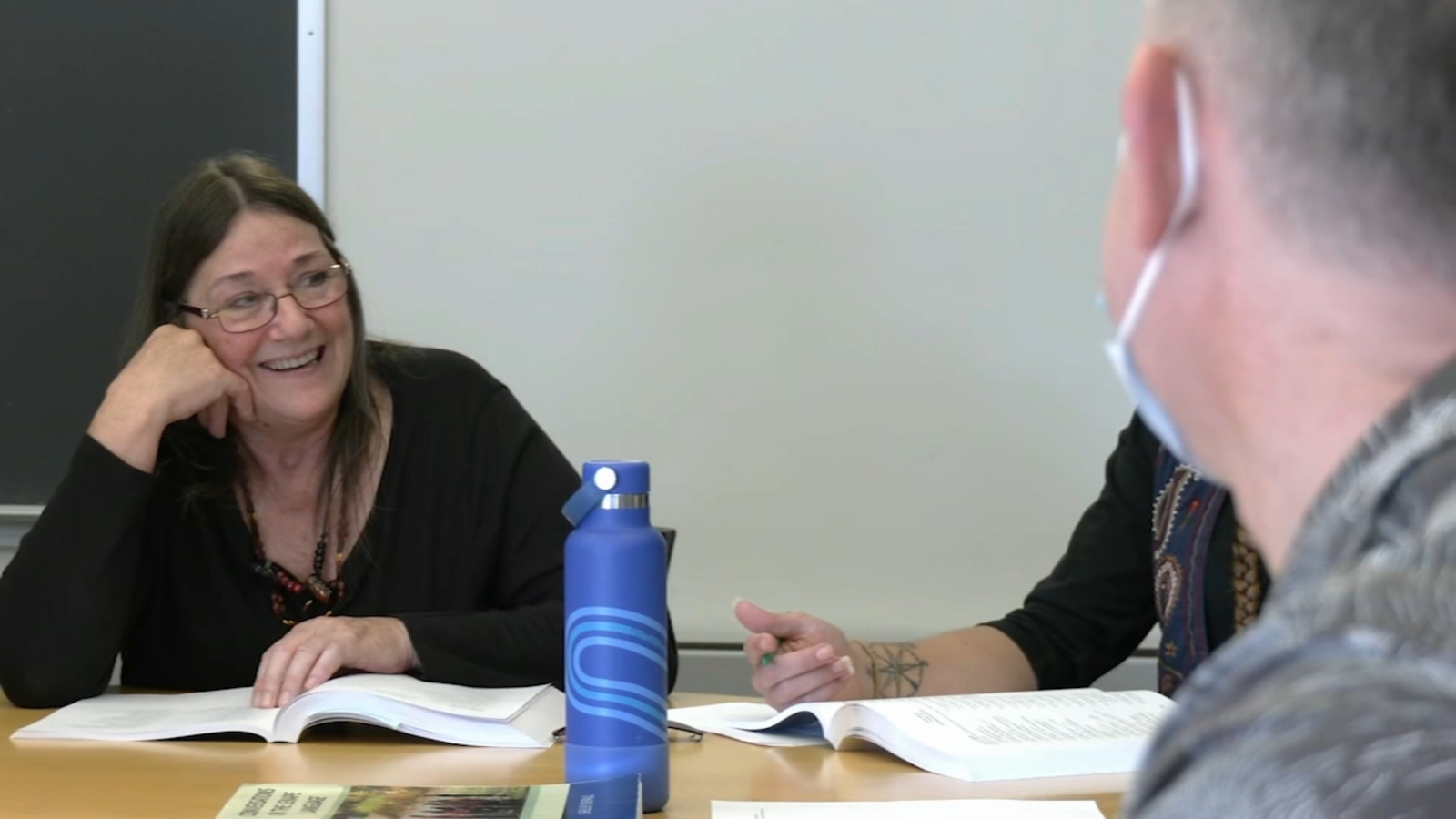 Shelley DePaul smiles as she sits at the head of the table in a classroom at Swarthmore College.

All around her are students taking a course that can have an impact far beyond the classroom.

But there was one thing she didn’t know. She recognized it as she sat on the banks of the Delaware River.

“I was trying to name things around … It occurred to me that I didn’t even know the names of them in my own language,” DePaul said of her 1983 experience.

It was at this point that DePaul’s search for the language of her ancestors, the Lenápe Nation, began.

“My great-grandfather was mostly the one who spoke to us about our Lenápe heritage,” she said.

The Lenápe are the indigenous people of Pennsylvania. Their language is threatened with extinction. DePaul is now focused on bringing it back.

“That’s when I decided to learn the language,” she says.

After learning it, she wrote a textbook on the Lenápe language.

“There are two levels in the book: introductory and advanced,” said DePaul, who focuses on teaching conversational language and idioms.

“She basically rebuilt it from the ground up. That’s really rare,” said Paul Garrett, one of DePaul’s early students. He also studies languages.

DePaul taught her classes at Swarthmore College. She now teaches them online via Zoom. She focuses her teaching on a dialect of Lenápe specific to Pennsylvania, southern New Jersey, and Oklahoma.

“The Unami, that’s the Southern dialect, that’s what I teach,” said DePaul, who is now Clan Mother and Director of Languages ​​for the Lenápe Nation of Pennsylvania.

“Shelley’s curriculum really sets it up in a way that’s accessible,” said Jonathan Washington, associate professor of linguistics at Swarthmore College, who has also taken DePaul’s courses for years.

One of the classes gathers at Swarthmore College. You are not attending course credits but for something far more important.

“Learning the language is a way to fight the erasure of their culture,” said Charlie Sywulak-Herr, a high school student who has been taking the course for over a year.

DePaul has taught hundreds of students, but perhaps the student who appreciates it the most is her son.

“I couldn’t be prouder of what she does and what she has always done,” said Adam Waterbear DePaul, also with the Lenápe Nation of Pennsylvania.

Language classes focus on preserving the Lenápe heritage by teaching the language to all.

“A lot of these people aren’t Lenape,” Shelley DePaul says of the students in her classroom and online classes that day.

“I love learning languages,” said Alexandria Sasek, a student who has no indigenous heritage but values ​​cultural preservation. “I find it particularly important to learn the Lenápe language.”

Many people felt the same way, as DePaul found out as of 2020.

“This big boom that’s happened recently. It was the pandemic,” she said. “It was the first time I thought, ‘Okay, let’s try Zoom.'”

Teaching Lenápe language courses has enabled DePaul to share the language with even more people. Her goal is to return the benefits to her people.

“My dream has always been to make it a living language,” she said.

Anyone interested in the free online Lenápe language course can email DePaul at: [email protected]