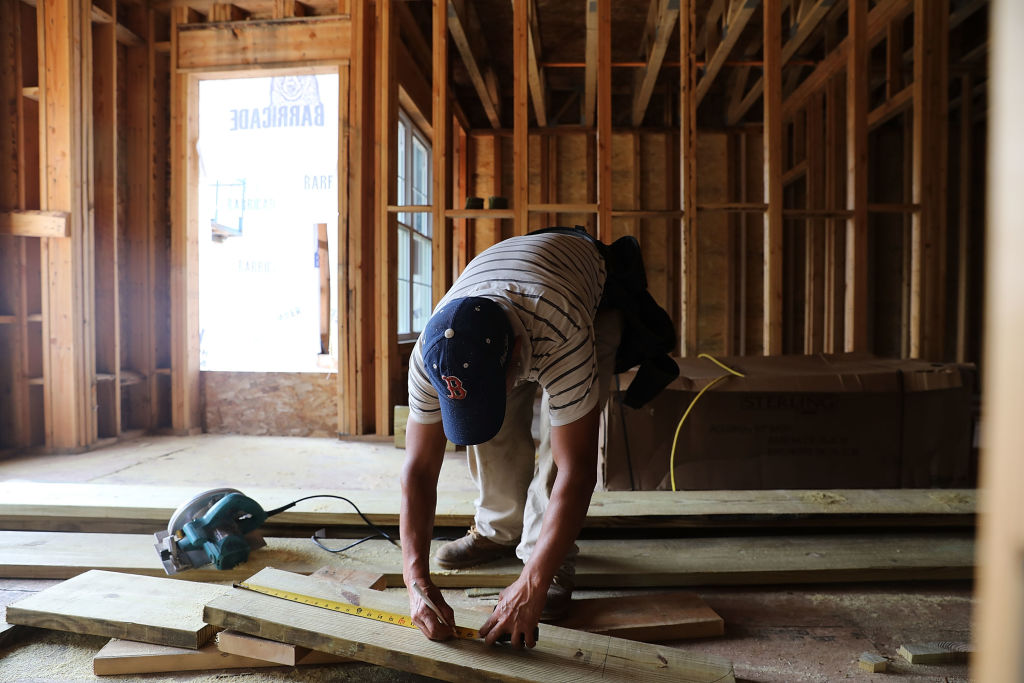 The Lincoln City project aims to provide homes for people who lost theirs in wildfire in 2020, while Eugene Housing will offer affordable homes for sale.

The projects will create 80 new affordable homes at a time of great need. According to the National Low Income Housing Coalition, the state lacks about 100,000 affordable rental homes for low-income residents, who earn less than a third of their area’s median income. Oregon would need to triple its production of subsidized affordable housing to meet that need, according to Oregon Housing and Community Services.

Millions of dollars in federal and state funds have been poured into creating new affordable housing in Oregon in recent years, including funds from America’s bailout plan, which Congress approved in 2021. During the legislature year, it approved $215 million for construction and maintenance affordable housing.

About 300 homes were lost in the Echo Mountain Fire that raged through Lincoln County in 2020. A housing project currently underway in Lincoln City, Wecoma Place, aims to help those who have lost their homes. The project will house 44 units.

“It’s a drop in the bucket, but it’s a start,” said Amanda Perkins, a partner and chief operating officer of Stewardship Development, which is behind the project.

Wecoma Place will have eight one-bedroom apartments, priced so that people earn about a third of the average income in the area — or $15,000 a year for one person, they say US Department of Housing and Urban Development – they will be able to rent, said Perkins. The other units include one- and two-bedroom units that are priced for one person, earning about twice as much.

According to a press release, the rental properties will be close to public transportation, schools and several shopping malls. Residents have access to support services, including a monthly nutrition program, gardening programs, and health and wellness programs through the statewide nonprofit Cornerstone Community Services.

Oregon Housing and Community Services provided $4.7 million for the project. It also benefits from $10.9 million in federal disaster tax credits and $530,000 from the Lincoln County Housing Authority.

Lincoln City has granted the project a 30-year deferral of system development fees and a property tax exemption. Perkins said as long as the project remains affordable, the city will likely continue to defer those fees.

Perkins said the project was possible because of this support. Affordable housing projects are often costly because lower rents don’t offset construction costs, but Perkins said this project is more expensive because it’s being built on a slope, which could cause more construction-related problems than flat land. The Oregon Department of Transportation needs road improvements because it being built alongside the US Highway. Perkins says the road improvements will cost $400,000 to $450,000, but this will be covered by additional government funding.

Stewardship Developments celebrated the groundbreaking for the last money on site. It is estimated that people will be able to move into Wecoma Place in early 2024.

“Home ownership in the United States is the most important form of wealth accumulation for most people,” said Erin Dey, director of real estate development at DevNW. “So if they don’t have access to that, they have no way of ever getting out of this affordable housing continuum.”

Oregon Housing and Community Services awarded DevNW more than $3 million in 2020 for the Eugene project and another affordable housing project in Corvallis for 11 homes, including for people who earn less than 80% of the area’s median income.

At the West Eugene site, 31 homes will be sold to individuals whose income is less than 80% of the region’s median income, which equates to approximately $44,640 per year for one person, according to Lane County US Department of Housing and Urban Development. These homes will have a shared equity model or a community land trust model: the homeowner will own the building, but DevNW will own the home’s land and infrastructure, making the mortgage more affordable for the homeowner. Homeowners obtain a mortgage for just the cost of the home itself and pay a basic lease fee, which is typically about $100 a month, Dey said.

Under this deal, homeowners must sell their homes to someone who also earns less than 80% of the area’s median income if they decide to move.

The other nine houses are townhomes at market prices.

“There’s still a lot of people out there making over 80% of the region’s median income who still can’t compete in the market,” Dey said. “This is our first attempt at doing some sort of mix-and-match to see if we can really start building that ladder, and do it in a really effective way.”

Dey said one reason DevNW chose Eugene for the project is because the city often offers financial incentives to developers of affordable housing. The city has waived the project’s system development fees.

DevNW expects the homes to be available for purchase by 2023.

This story was developed as part of the Catalyst Journalism Project In the University of Oregon School of Journalism and Communications. Catalyst brings together investigative reporting and solution journalism to inspire action and responses to Oregon’s most perplexing problems. Follow the project on Twitter at @RO_catalyst.