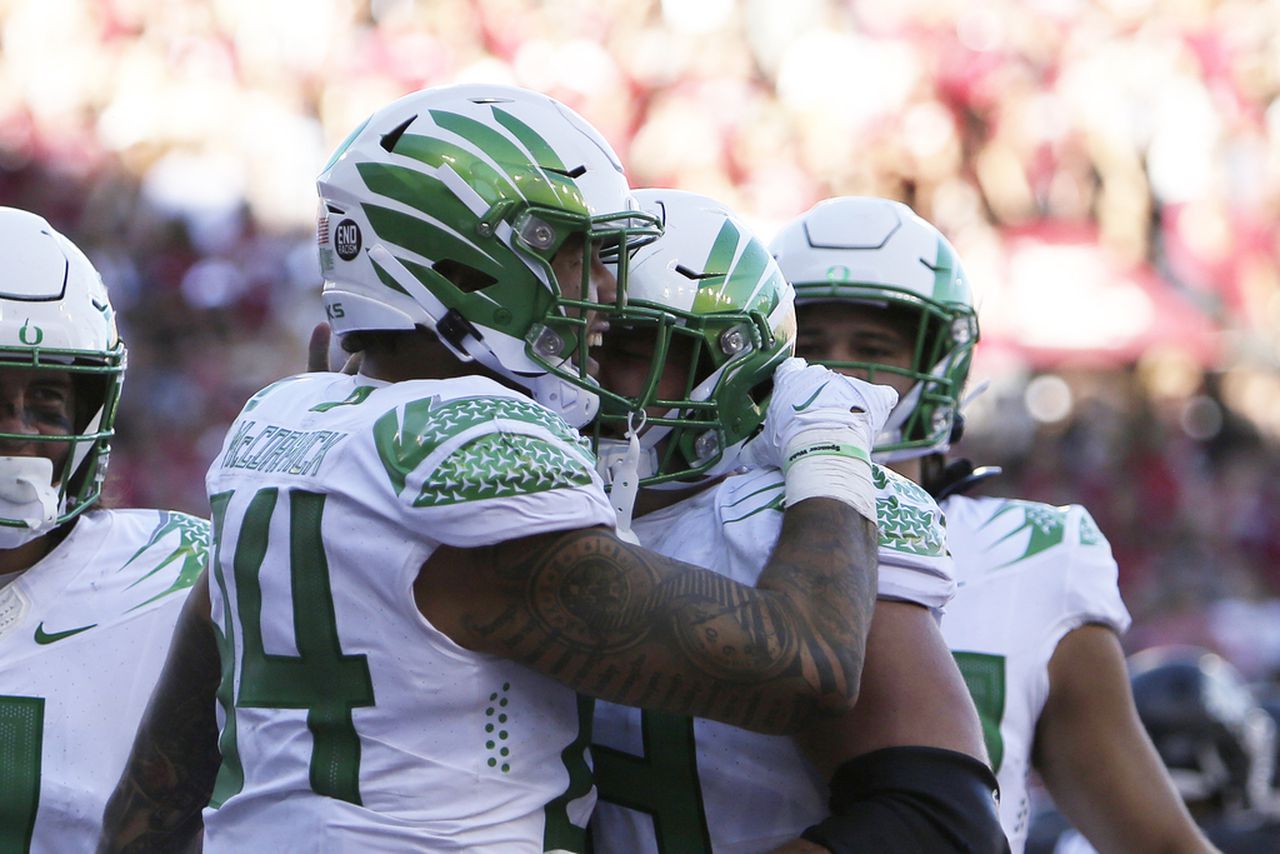 Cam McCormick has made some crucial games for Oregon this season, but the tight end’s quick tackle against Utah cornerback Clark Phillips III could be remembered for a long time if the Ducks win a conference championship.

The seventh-year tight end initially blocked a rusher to allow Bo Nix to complete a 50-yard pass to Dont’e Thornton on the right touchline to split wide to the left touchline on the next play. As Nix fired across the field, Phillips broke away from his receiver’s cover in the slot and intercepted the pass without stopping him from returning it for a green touchdown except for McCormick’s quick reaction to bring down the Utes All-American bring.

“I was glad to see him brought down,” said Oregon coach Dan Lanning. “We were really good at delivering those. Empty was really a productive formation for us and it’s been very productive for us all year. This is the first time we’ve actually been chosen in this situation. So it was really an elite game from them and that was a big break on the ball. We want to get the ball there a little bit faster but of course it was great to bring them down.

McCormick is aware of the importance of his stop at Phillips, but doesn’t let the magnitude of the circumstances distract him from his perception.

“It’s just me playing football and doing what I’m supposed to do,” McCormick said. “If that’s the case, I have to attack him. If it’s a bad ball, you have to break it up, and that’s what I wanted to do. Of course I had to try to attack him. That’s what I did. … At that moment the piece was there and then it wasn’t there. I have to focus on how to keep this game from getting any worse than it already was and that was bringing him down.

No. 9 Oregon (9-2, 7-1 Pac-12) is a win or loss for Washington to play in a fourth straight Pac-12 championship game. Had it lost to Utah, UO would have effectively been eliminated from the title game and set up for a probable trip to the Holiday or Las Vegas bowls.

“At that point I had to have (Nix’s) back and he had to trust me to make the play or make the tackle and we did that and the defense went out and made a good stop,” McCormick said. “I’m glad it definitely saved the season. We’re still alive and we’re still out here getting better every week.”