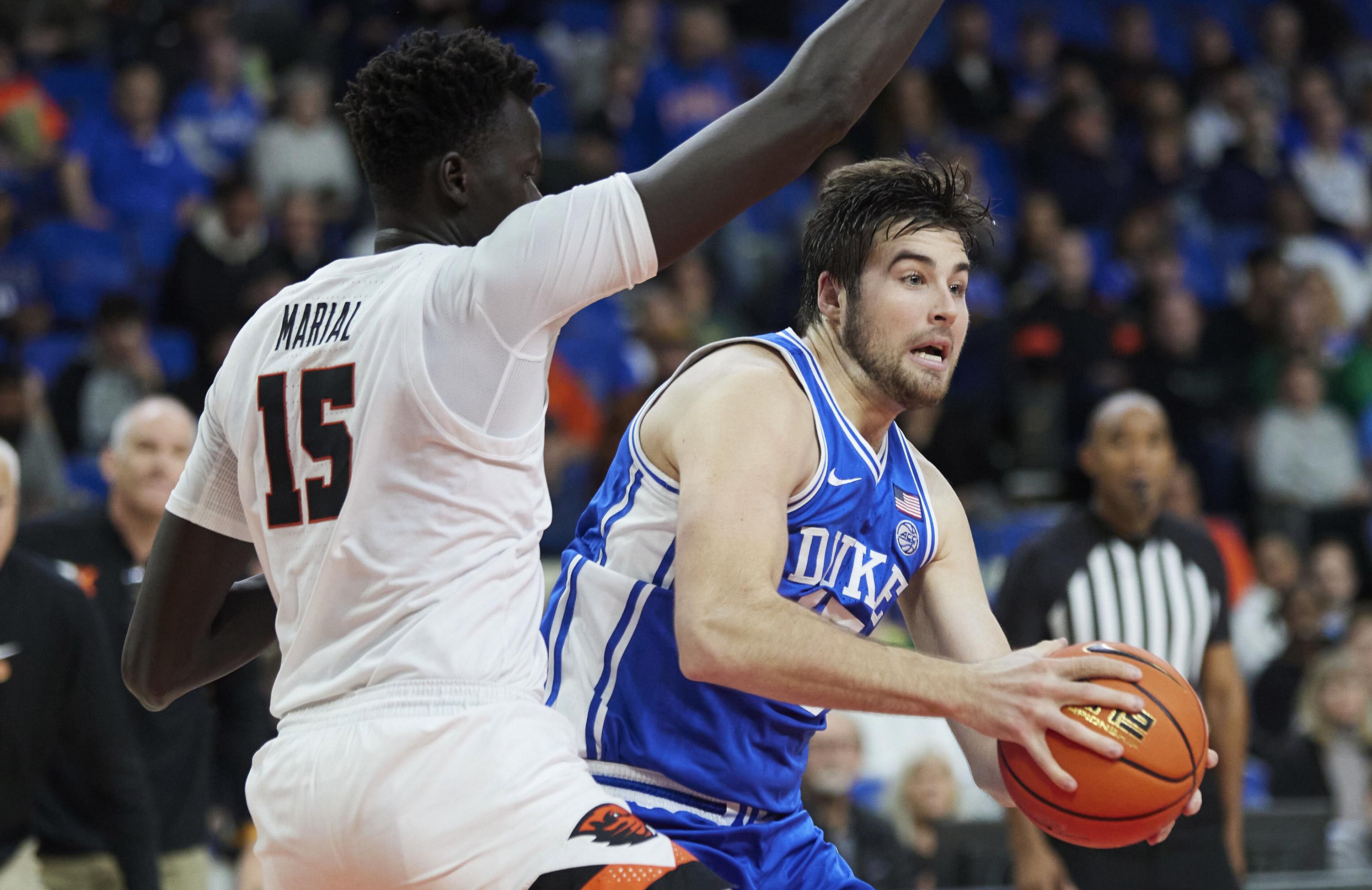 PORTLAND, Ore. (AP) — Kyle Filipowski had 19 points and 14 rebounds as No. 8 Duke fended off a challenge from Oregon State to earn a 54-51 win in the opening game of Thursday’s Phil Knight Legacy Tournament.

Ryan Young added 11 points and 15 rebounds from the bench and was the only other Blue Devils player (5-1) to hit double digits.

“Some big wins,” said Duke coach Jon Scheyer. “You have to find a way to stamp it out. I’m proud to have found a way to win.”

Duke went into halftime at 29:27 when the teams traded big 3-pointers with less than a minute left at halftime. Akanno struck with 46 seconds left to put the Beavers a point clear and drew a foul on Filipowski but failed to convert the four-point game. Duke’s Jeremy Roach knocked down a 3 at the other end with 15 seconds left to give the Blue Devils a two-point lead at the break.

Oregon State opened the second half with a 6-0 run to take a four-point lead. The Beavers led for much of the second half before Duke capitalized on a 10-2 run that was cut short by a Filipowski basket that tied the game at 45 with eight minutes remaining.

“He’s a big competitor,” Scheyer said of Filipowski. “He hasn’t had the best starts but when it comes to the game he’s not scared. The three were big, of course, to make up for it, but those three offensive rebounds he had were great.

A Jeremy Roach basket put the Blue Devils ahead and Duke never fell back.

Oregon State had two looks at 3-pointers that would have tied the game on their final possession, but failed to convert before the buzzer sounded.

“I’m proud of our boys, it’s been an amazing effort,” said Beavers head coach Wayne Tinkle. “Of course we are very disappointed that we didn’t win. We challenged this young group. We told them it was going to be a fight and they were ready to accept it and, I thought, they were fighting with their tails.”

The Oregon state shooting held her to the end. The Beavers shot 40.5% from field and 30% from 3-point range.

Duke: The Blue Devils withstood a severe test by an unranked Beavers team. Your next opponent in the tournament, either Florida or Xavier, is also unranked.

Oregon State: The Beavers put on an admirable performance against a top-10 team less than a week after the 13-loss loss to Portland State.

Duke: The Blue Devils will face either Florida or Xavier in Friday’s PKL semifinals.

Oregon State: The Beavers play either Xavier or Florida in a consolation game Friday.