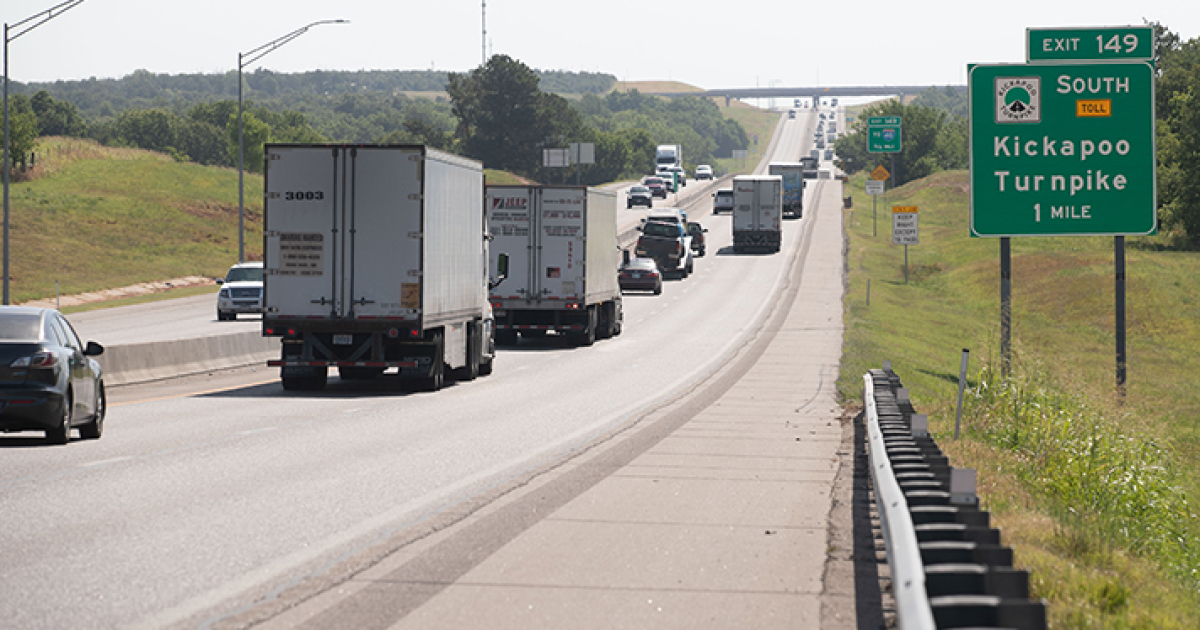 A fight over a $5 billion first installment of bonds to fund a 15-year Oklahoma Turnpike expansion project is headed for a showdown in the state Supreme Court.

Oral hearings before judges are scheduled for Nov. 28, with the Oklahoma Turnpike Authority (OTA) seeking confirmation of up to $500 million in Second Senior Lien Revenue Bonds and hundreds of property owners through toll road construction battling it out to block the debt .

Recently re-elected Gov. Kevin Stitt officially unveiled ACCESS (Advancing and Connecting Communities and Economies Safely Statewide) to Oklahoma in February, calling it “a bold investment in our future that provides the corridor connections and extensions needed while making travel easier and more economical.” development across the country.

Two lawsuits were filed in May in Cleveland County District Court: one, led by the group Pike Off OTA, directly challenging OTA’s authority to issue bonds for three expansion projects, and another alleging that OTA violated the Open Meeting Act breached, leaving the property owners unaware of their plans.

In August, OTA petitioned the Supreme Court to confirm the bonds and grant original jurisdiction over the two lawsuits it continues to pursue in the district court.

After a Supreme Court-appointed arbitrator heard arguments in September, justices last month assumed original jurisdiction over the bonds, but noted that jurisdiction does not extend to “matters” and “matters” pending in the district court are.

Prior to filing the OTA petition, the Oklahoma Council of Bond Oversight approved the bonds on Aug. 9 conditioned the dismissal or settlement of the two lawsuits in favor of OTA and confirmation of the debts by the Supreme Court by February 5, 2023. The five-member council is responsible for reviewing and approving funding proposed by Oklahoma state agencies, agencies and departments.

In their Supreme Court brief, filed before hearings, Pike Off OTA’s plaintiffs called OTA’s efforts to build the South Extension, East-West Connector and Tri-City Connector “unlawful” and claimed the agency had used up its “one bond issue.” State law permit with debt it sold in 1989.

“A problem means a problem,” the brief said. “It doesn’t mean one issuance in 1989, another in 2022, and then several more in the future. It does not mean a ‘series’ of bond issues issued at significantly different times under the purported auspices of a trust deed.”

It added that OTA “is pursuing an unlawful path of evicting families, destroying homes, disrupting life, endangering the environment and water supplies, and undermining the principles of representative democracy.”

OTA’s letter said the tri-city and east-west links are the final segments of the Oklahoma City Outer Loop, sanctioned by law 35 years ago and validated by the state Supreme Court in 1989 and 2016. He also said that lawmakers authorized the South expansion in 1993.

“The Authority’s authority to combine one or more projects and fund them under one bond agreement is well regulated,” the order said, noting that the OTA has issued over 20 bonds over the past 35 years to support various turnpike complete projects.

Plaintiffs in the Open Meeting Act lawsuit, which does not challenge the bonds, also weighed in with a brief.

“It would be an unfortunate assertion of jurisdiction of this court to proceed with the OTA application and petition until the trial court does what the Oklahoma Council on Bond Oversight has directed in relation to the case — namely, to determine whether the OTA violated the (Open Meeting Act) such that the ACCESS Oklahoma and Kickapoo Turnpike expansion plans should be voided and reinstated, but this time with proper disclosure, review and a meaningful opportunity for public review and comment,” the brief said.

The High Court’s validation of the bonds should end litigation over the debt, according to the OTA.

“The Supreme Court’s decision in any validation proceeding is final and conclusive for all parties and may not be contested or contested in any court in Oklahoma,” Wendy Smith, OTA’s director of finance and revenue, said in an email. “Accordingly, it has always been OTA’s position that the Supreme Court decision will address all legal issues, including those pending in Cleveland County, related to OTA’s legal authorization to issue bonds to fund the construction of the projects.”

If the judges approve the bonds, OTA expects to sell them in the first quarter of 2023, Smith added.

The $500 million bonds consist of $450 million to initiate funding for the ACCESS Plan and $50 million to repay outstanding debt.

OTA’s board of directors approved up to $1 billion in debt in June. It also terminated an unused $200 million revolving credit line with Wells Fargo that was intended to expedite funding for the project. The move followed the Bond Oversight Council’s approval of the line of credit in May with edition the OTA failed to use the funds for expenses related to the three Turnpike expansions cited in the Pike OFF OTA lawsuit.

Meanwhile, the controversy has caught the attention of state legislators with so-called interim studies on OTA launched in the Oklahoma House and Senate.

In September, Senate Transportation Committee Chairman Rob Standridge said the focus is on how statutory oversight might work because ACCESS Oklahoma was “a bit of a surprise” for some residents.

“Just because it’s always been done that way in the past, I don’t think it’s necessarily right,” he said. “Hopefully, when the pending lawsuits are settled, that will also give us, as lawmakers, clarity and direction.”