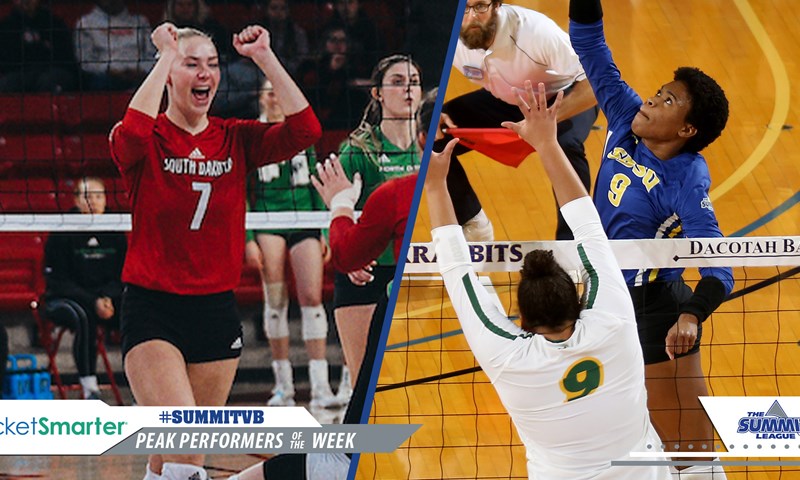 Burk led the Jackrabbits to a pair of sweeps last week, where she earned the title of SDSU kills leader in a season with 528. The Newman, Georgia native secured the record with 11 kills at a .458 batting average with just one penalty against North Dakota. Burk totaled 20 kills for a new season high in the win over North Dakota State, the Jackrabbits’ seventh straight win.

Overall, Burk averaged 5.17 kills per set and posted a .420 batting average. She moved up to third place on SDSU’s list of career kills and now has 1,597 career kills, which ranks seventh in league history.

Harms averaged 1.43 blocks per set and 2.43 kills per set in seven sets played last week. She totaled 10 blocks and 17 kills in a split of USD’s two matches. Against North Dakota State, Iowa native Sergeant Bluff had 10 kills and one miss on 23 swings with five block assists.

In a sweep against North Dakota, the junior middle blocker’s seven kills were accompanied by five blocks, including a solo block. Harms is now the record holder of the USD in the Rally Scoring era for supported blocks, solo blocks and total blocks.