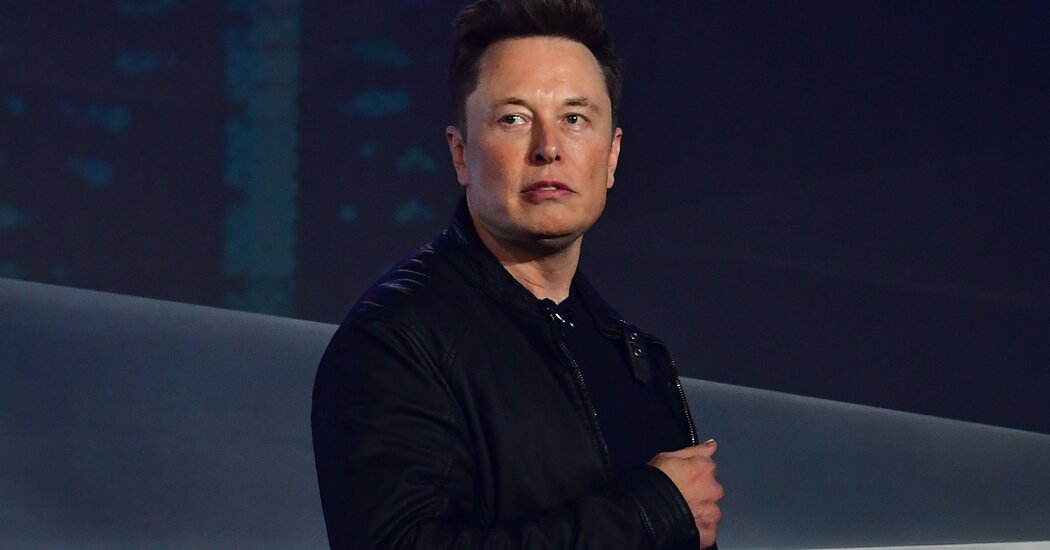 On “Resignations rock Twitter amid signs of uproar” (Business, Nov. 18):

As the Chief Human Resources Officer of a medium-sized nonprofit organization, I provide guidance on approaches that show our organization values ​​our employees. Over time we have come to realize that showing appreciation for employees in a demonstrated way is not only ethical, it is also wise if you want your business to thrive.

We believe that our organization is only as strong as our people – and without them the work cannot be done. It’s no surprise that Twitter’s future is in jeopardy due to the way its owner, Elon Musk, manages his employees.

Elon Musk wants to celebrate free speech by bringing Donald Trump back onto the platform, but he’s punishing any employee who dares to publicly disagree with him. So, Mr. Musk, freedom of speech is a good thing, or is it not a good thing? Logically, it cannot be both.

Oh wait – what does reason and logic have to do with Twitter?

“Yes, this is Elon. Who am I speaking to?

“Bob. I was in the middle of a conversation with one of your customer service representatives, John Smith, when he said he needed to put me on hold, but he never came back. Can you transfer me to his extension?

“Bob, I’m sorry, but I have to run. I have 200 million other calls to answer. Have a nice day and thanks for calling on Twitter.”

Elon Musk did such a messy job in his takeover of Twitter that I’m hoping Fox News will be his next takeover.

You’ll find that since Elon Musk virtually destroyed Twitter, it’s made almost no difference to an important exchange of ideas.

That’s because Twitter was never what Mr. Musk calls a “digital marketplace.” It’s a digital backyard fence with people clapping. Oh yeah, they love a salacious story or diss people they don’t like, especially if they can do it with some anonymity. But no real information or thoughts pass through the bird’s beak. it’s just noise

If one really wanted to control the venom and lies spread across the medium, one would have to require that a person’s full name always appear with their tweets. No cute screen names; no hiding behind a company logo. (Of course, there are always ways to bypass controls.)

Each account would have to be assigned to a real person, and that person’s name would be present on every tweet they sent, no matter how many times it was retweeted. Free speech is precious, but only when speakers have the courage to stand behind what they say.

On “I’ve studied Trump’s use of Twitter for six years. Prepare for the worst” by Brian L. Ott (guest post, nytimes.com, Nov. 20):

Professor Ott is right when he writes: “Trump is an accelerator; His message fits.” Disturbingly, the sexism associated with his tweets correlates with election results.

In a study I co-authored, published in Economics Bulletin, we examined the role Donald Trump’s tweets played in fueling the sexism that helped him win the 2016 election.

In the months that Mr Trump tweeted more insults against women, individuals went to Google and made more searches expressing hostile sexism. And in which geographic areas did we find the greatest response to Mr. Trump’s tweets? It was in the areas where Hillary Clinton fared poorly compared to the male Democratic presidential candidates who preceded and succeeded her.

This shows that these tweets were not only hurtful, but also elicited a consistent response from voters. Tweets that insult Ms. Clinton or other women ignite sexism; This sexism caused some people who would otherwise have voted for a male Democrat to switch their votes to Mr. Trump.

Anna Owen
Clinton, New York
The author is Chair of the Department of Economics at Hamilton College.

How lovely to read from Sue Biniaz, an American sweetheart. Her legal thinking, hard work and concern for climate issues have made her invaluable. thank god for them.

But one wonders why we are not Everyone deals intensively with climate problems. A recent report indicates that our changing climate has negatively impacted 90 percent of America’s counties. About 1,700 lives in Pakistan were wiped out by floods that engulfed a third of their country. Hurricane Ian has claimed the lives of well over 100 Americans. Our angry climate is screaming at us!

Awaken! Death and destruction from climate-related disasters will escalate until we sustainably defuse this problem. What catastrophe will trigger this wake-up call? How many people will die and how much will it cost?

We must focus on the climate crisis for mitigation at all levels: federal, state, local and individual. We must not allow this looming problem to overwhelm our children’s future.

By God, it was exciting to read about climate negotiator Sue Biniaz—terrifying, fierce, competent, in her long denim skirt and white topknot.

Tell them Sue. Take as much time as necessary to explain; Womansplaining never looked so good.

A full photo of Donald Trump on the front page of Sunday Opinion? For real? Followed by an ocean of column inches with more pics? Why on earth would the Times devote so much space to this despicable, dangerous, destructive excuse for a man?

Yes, he is newsworthy in that his declared candidacy affects our society. But the media in general has made an industry out of giving this egomaniac exactly what he is looking for. The Times should withhold its complicity.

The only excuse I can think of for this huge photo would be to poke fun at its garish, ostentatious bad taste.

Should red states be colored blue and vice versa?

Why are Democrats “blue” and Republicans “red” through election after election?

In 18th-century France, the colors for those who stormed the Bastille were red and blue. In the 19th century, red became the color of the struggle against capitalism, the color of workers, of work.

The networks adopted the current red and blue state colors in 2000, and it’s time for historical accuracy to change them back up. The red flag is the flag of the popular opposition. It’s certainly not the color of authoritarian Trumpism.