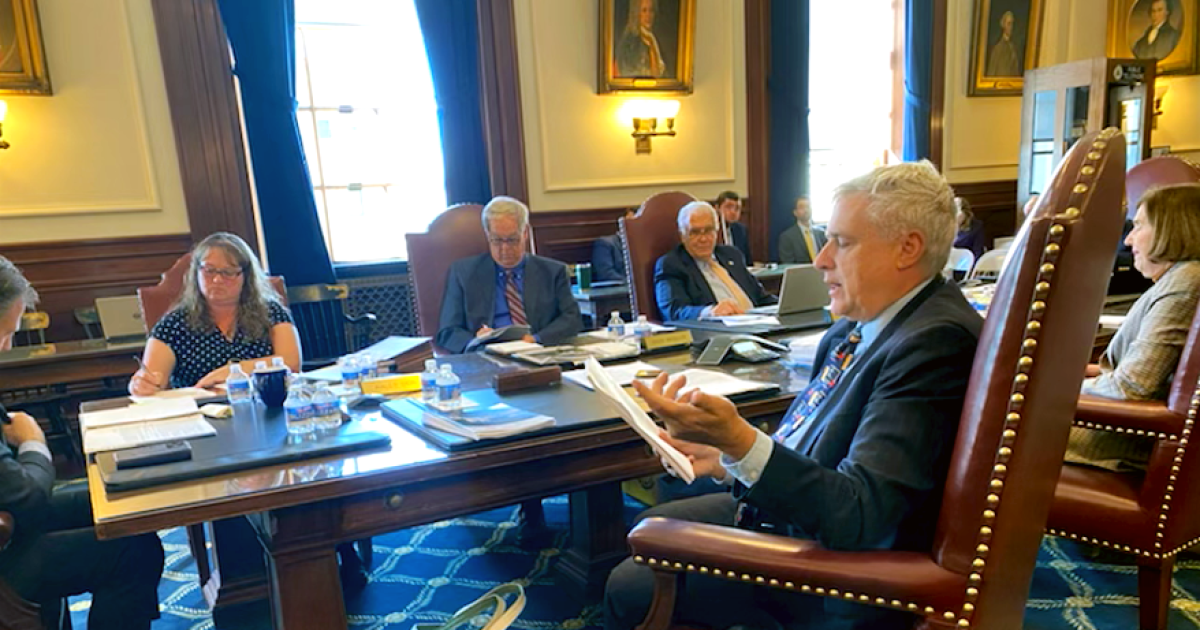 Federal funding to support the program was suspended for two months after several Republican councilors raised concerns about parental involvement and the content curriculum. The after-school program requires parental permission and is aimed at students in Claremont and Manchester, which have the highest rates of teenage pregnancy in the state.

Republican councilors Joe Kenney of Wakefield, Ted Gatsas of Manchester and David Wheeler of Milford rejected the funding without public discussion at Tuesday’s executive council meeting. Another Republican councilwoman, Janet Stevens of Rye, and a Democrat, Cinde Warmington of Concord, voted in favour.

After the meeting, Wheeler said he was asking New Hampshire Department of Education Commissioner Frank Edelblut to review the materials to determine if they were age-appropriate.

“In my view, it’s not,” Wheeler said of the curriculum. “I ask you to take a look and see what else is out there.”

The curriculum of the after-school program Get Real is aligned with national sex education standards. It was developed in part by Planned Parenthood of Massachusetts, a connection that has stirred up some of the program’s critics, including the socially conservative Christian advocacy group Cornerstone.

Kenney, another councilman, said the recent growth of the parental rights movement in New Hampshire motivated him to turn down this round of funding, although he has supported similar deals in the past.

“I think it’s important for parents to know what their kids are being taught, rather than just dropping them off after school and saying, ‘okay, enjoy the class,'” he told NHPR after the council meeting. “I think they need to get more involved in the discussion.”

Kenney said he wasn’t opposed to sex education classes and would consider voting for a version of the program in the future pending changes.

Warmington, the council’s sole Democrat, said she was disappointed but not surprised by the vote.

“They have even deprived young people of access to the information they need to make good reproductive health decisions and learn about healthy relationships,” she said.

Amoskeag Health, the Manchester health center that was set to receive the funding, credits the now-defunct scheme with helping to reduce the city’s teenage pregnancy rate by 50% over the past decade.

Kris McCracken, President and CEO of Amoskeag Health, wrote: “The impact of lack of funding for preventive comprehensive sexual health care will result in more teenage pregnancies in New Hampshire, resulting in an increased financial drain on social resources to support teenage mothers and a potentially increased Demand for abortions will result in an email.

The TLC Family Resource Center in Claremont, the other health center that would have received the funding, did not respond to a request for comment as of press time.