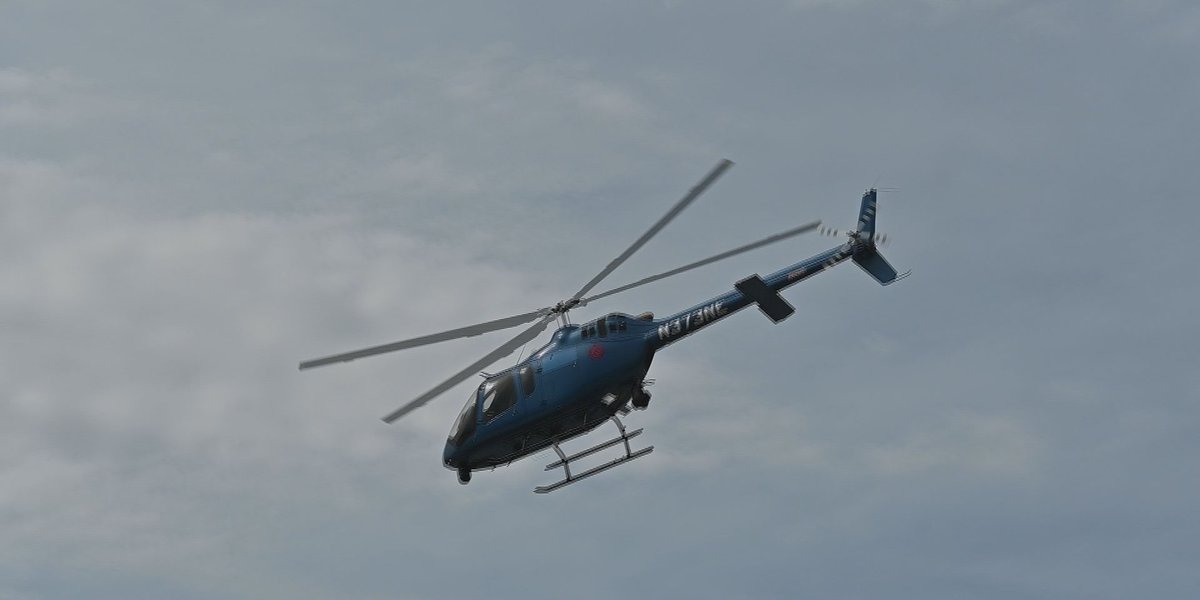 LINCOLN, Nebraska (KOLN) — The Nebraska State Patrol’s aviation division flies over the city, keeping an eye out for speeders, monitoring traffic during Husker football games and responding to emergencies across the state.

Between five aircraft that have completed more than 500 missions so far this year.

Over the past six weeks, some of those missions have been performed by NSP’s first new plane in a dozen years, a Bell 505, which cost the patrol about $1.9 million. But Col. John Bolduc said the spending was actually an attempt to save money in the long run.

“It hasn’t escaped our notice that running an aircraft department is very expensive, especially lately when fuel costs are rising and new aircraft are very expensive,” Bolduc said. “So we have to make sure we’re spending our taxpayers’ money wisely. Implementing the new Bell 505 will help us actually extend the life of the Bell 407 that we have had for over a dozen years.”

“It allows for a more economical routine patrol over the metropolitan areas,” said Petersen. “So we can be up here more often, so we can respond to police and fire incidents.”

10/11 NOW requested data showing how much the airline division has cost the state over the past five years. That year, the division was budgeted at $1.9 million. This is significantly higher than in previous years due to the costs for the new helicopter. On average, the aviation unit costs $ 756,000 per year. This accounts for an average of 1% of the Nebraska State Patrol’s budget, which was nearly $97 million that year. For more context, the patrol said they typically spend more on vehicle purchases annually than they do on the aviation department.

Col. Bolduc said the aviation department offsets the cost by being useful in so many scenarios. Especially this year, when the patrol is down 74 soldiers, the highest number of vacancies in years.

“It’s the same with other agencies. So if we can help them by keeping an eye to the sky, I am providing resources that will support them,” said Col. Bolduc.

A great example of this is the missions the pilots fly at Husker Football games. 10/11 NOW drove to the last home game of the season with the patrol to see how it works.

Lt. Petersen and Trooper Barry Hinkle flew between Waverly and Lincoln via I-80 and I-180 and watched traffic roll into town.

“We don’t need to have as many people on the ground monitoring high traffic areas because we can do that from the air and from a long distance,” Lt. Petersen.

The pilots said if they spot traffic jams at an intersection or an accident, they can quickly redirect resources to that area.

“We’re trying to get resources there to avoid accidents,” Col. Bolduc said.

“We found that we can follow them in the helicopter and eventually follow them to a gas station or to their house and we can actually take enforcement action in a much safer environment.” Col. Bolduc.

So far in 2022, the aviation unit has made about 530 flights between the two helicopters and three fixed-wing aircraft. Lt. Petersen said that’s pretty average for a year, if not a little low. These numbers break down the average cost of a flight of $1,400, including the cost of the aircraft, fuel and equipment needed.

But Lt. Petersen said the value they offer cannot be replaced with anything cheaper.

“We have been instrumental in the flooding, natural disasters across the state with fires and tornadoes,” said Lt. Petersen. “We were there to find missing Alzheimer’s patients, we picked them up and took them to a medical facility where they have hypothermia. So it’s really difficult to spend a dollar on an item of value or a piece of equipment when you’re doing something directly related to saving lives.”