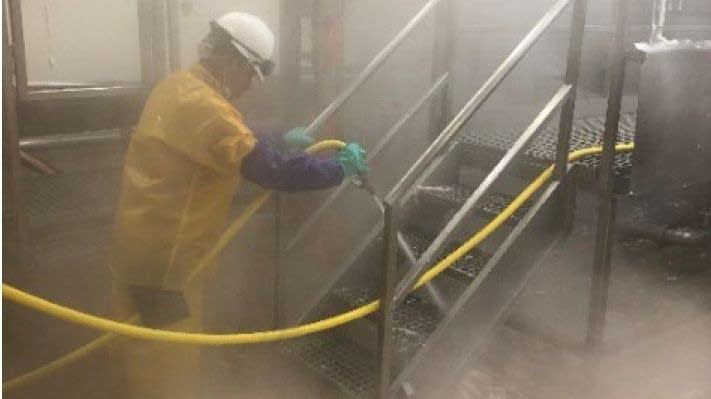 The Minnesota state agency that oversees public employee pension funds is a multibillion-dollar investor in a private equity firm that owns a company accused of employing children, including two, to clean slaughterhouses Works in Minnesota.

The state board of investment has pension funds in more than two dozen funds managed by the Blackstone Group. While the fund that controls the company accused of child labor violations is not on the state’s investment list, Minnesota officials say they are reviewing their positions in Blackstone in light of these ethical concerns.

After MPR News asked the board to comment on the state’s investments, the board sent a statement saying, in part, “[W]We immediately contacted Blackstone. In our discussions, we have expressed how seriously we take our role as money managers and reiterated our expectations regarding business and ethical standards. Blackstone has informed us that they are aggressively investigating these allegations and take this matter very seriously on both a legal and human level.”

The child labor allegations emerged earlier this month with the US Department of Labor in a civil lawsuit alleging that Wisconsin-based Packers Sanitation Services Inc., known as PSSI, hired at least 31 minors for night-cleaning shifts at three meat processing plants, including one in Worthington and one in Marshall in southwest Minnesota.

A limited partnership formed by the Blackstone Group bought PSSI in 2018 for an undisclosed amount, according to a report by the Private Equity Stakeholder Project, a financial industry watchdog.

The Minnesota State Board of Investment, which oversees public employee pensions and other state assets, contributed $2.3 billion to Blackstone funds and a total of $3.65 billion, according to minutes of the agency’s Aug. 24 meeting. dollars allocated to these funds.

Before you read on, take a moment to donate to MPR News. Your financial support ensures that factual and trustworthy news and context remain accessible to all.

“Zero Tolerance for Any Violation”

PSSI’s workplace issues have been on the radar of federal investigators for several years.

Officials with the Federal Occupational Safety and Health Administration conducted multiple investigations after PSSI employees were injured or killed on the job, said Jim Baker, executive director of the Private Equity Stakeholder Project.

Among other things, in 2019 OSHA discovered that a PSSI employee working at a poultry processing plant in Teachey, NC was killed after being trapped in a device. Five months later, a PSSI worker was beheaded while cleaning a radiator at a plant in Eufaula, Alabama.

Private equity firms are known for drastically cutting costs in the companies they acquire in order to maximize returns on their investments.

“We’re concerned that some of these cost cuts could have a direct impact on workplace safety,” Baker said in an interview with MPR News.

In recent years, the Minnesota State Board of Investment has highlighted efforts to adhere to industry ethics standards. Governor Tim Walz, Attorney General Keith Ellison, Secretary of State Steve Simon and Attorney General Julie Blaha are all board members of the pension investment agency.

In 2019, the agency endorsed the Principles for Responsible Investment, which require signatories to “understand the impact of environmental, social and governance (ESG) factors on investments.” The following year, Walz and the other three state constitutional officials signed a resolution reaffirming the state’s commitment to these policies.

In a statement, Blackstone said it was “obligated to work with the Department of Labor” and that violations of the company’s “zero-tolerance compliance policy” were “completely unacceptable.”

In its own statement, PSSI said it had “an absolute company-wide prohibition on the employment of anyone under the age of 18 and zero tolerance for any violation of this policy – period.”

PSSI said it requires the use of the US government’s E-Verify system for new hires, and while “rogues could of course attempt to engage in fraud or identity theft, we believe in our company’s strict compliance policies and will do so.” we vigorously deny these allegations.”

While state officials say no pension money will be invested in the Blackstone fund, which owns PSSI, Baker said major ethical concerns remain.

“The statement ‘We are not in this particular fund’ misses the point. How does the state ensure that its money is invested responsibly in companies that provide decent and lawful labor standards?”

Gerrard scheduled a hearing for November 23 to give PSSI an opportunity to respond to the allegations, but postponed the hearing to December 7 at PSSI’s request.