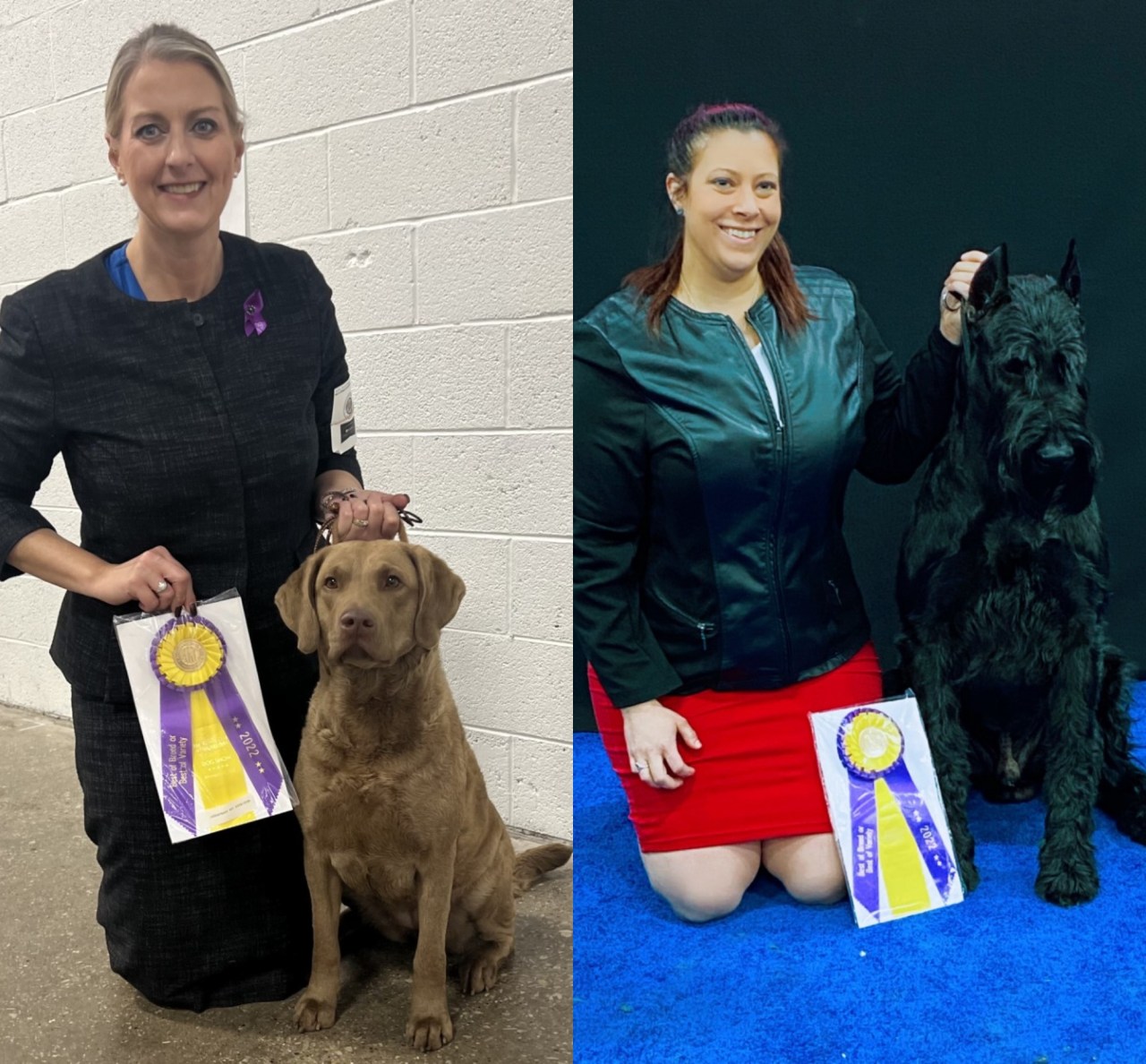 GRAND RAPIDS, Mich. (WOOD) – The National Dog Show has become Thanksgiving as has the traditional turkey or pumpkin pie.

The 21st annual show is expected to be as popular as ever with people who love seeing dogs on their TV screens. And this year, the Michiganders have another reason to tune in.

Of the nearly 2,000 dogs from 200 breeds that entered last weekend’s competition, 16 are Michigan natives, including at least two contestants you’ll see on TV.

Jennifer Martin and her 2-year-old Chesapeake Bay Retriever Nike beat more than 40 other dogs of the same breed at the Kennel Club of Philadelphia.

“It was pretty much a dream come true,” Martin told News 8. “It’s awe-inspiring when you go into the group ring with all the cameras and all the lights and you see the celebs doing it. It was much fun.”

Nike, whose full name is GCHB CH Pond Hollow Sweet Victory JH NA NAJ CGC, competed in the finals of the multi-racial sports group. The results will be kept secret for Thursday’s broadcast.

This was the second year in a row that Martin brought Nike to the National Dog Show. Nike has previous wins in other national shows and is also trained for agility competitions. Martin said Nike has a lot of energy. The day before the 10-hour drive from Davison, Michigan, near Flint, to Philadelphia, she went goose hunting.

It’s not just Nike. The Martins have another Chesapeake Bay Retriever, 6-year-old Leonidas, who is currently the No. 1 agility rank for his breed in the United States. Martin said he appeared on several television shows that year alone.

Martin has had a lot of success at dog shows despite being relatively new to the sport. The idea came to her six years ago from a colleague who encouraged her to get a show dog. It started with Leonidas and after two years of searching several breeders, Martin said they had finally found “the right show dog” in Nike.

“She’s quite a phenomenal dog,” she said. “She is something of a one of a kind dog that I am fortunate to have.”

Bode, full name Jupiter De Cethuz, took home the top placing in his breed, beating two other Giant Schnauzers. His owner describes him as a “silly,” “protective,” and “family-oriented” dog who loves nothing more than to eat a whole chicken, bones and all.

That year, the duo entered the National Dog Show for the first time, and it almost didn’t happen.

“I only went because my mother asked me to go,” Mazzenga said. “I did shows as a kid because that’s where my mom raised me.”

Dog shows are run by the Mazzenga family, who together have almost 40 years of experience. It was Mazzenga’s mother who brought Bode to the United States from Argentina almost four years ago, and the two have been inseparable ever since.

It is this bond that has kept Mazzenga at dog shows over the years. She remembers quitting for a while but came back quickly because it meant so much to her.

“It’s a tough sport, but if you have the dedication and drive and you have a thick skin, it’s a great sport to do with your dog,” she said.

Mazzenga said Bode entertained crowds at the show all weekend and he might even return for an encore next year – although his pups might be ready to take over for dad, too, she said.

To find out how Bode and Nike performed at this year’s National Dog Show, tune in to the show on NBC from noon.