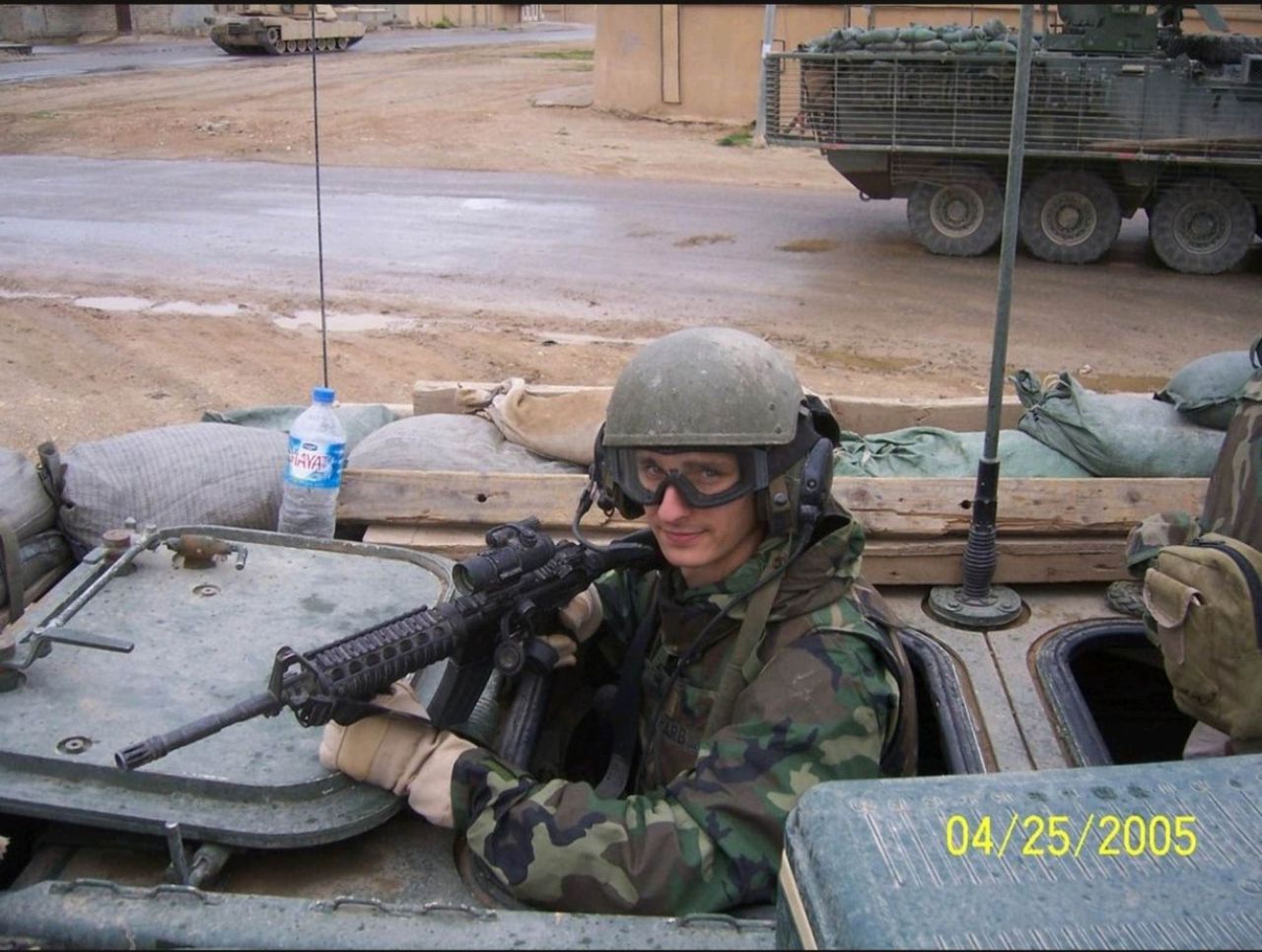 Since Anton Harb Jr. returned from the battlefields in the Middle East, where he fought in Operation Iraqi Freedom in 2005, he has fought a different kind of fight: post-traumatic stress disorder (PTSD).

It’s not a war he fights alone.

According to the US Department of Veterans Affairs’ National Center for PTSD, up to 20% of veterans who served in this military conflict have been diagnosed with PTSD.

With the nonprofit Hero Project USA, Harb hopes to increase free access to something that has helped him since his own diagnosis: marijuana.

Harb didn’t start using marijuana until he was in his 30s, after Michigan had already legalized it for medicinal purposes. He believes it has helped him both physically and emotionally and wants others to see some of the same benefits.

The products are at least initially distributed uniformly to all participants.

“I want to overproduce and undercut,” Harb said of the initially small number of recipients. But it won’t stop there. Harb said once the charitable supplies and logistical resources are in place, he envisages the program serving hundreds of veterans.

“With the interest that we have, that’s the reality,” he said. “I’d say 25 for the proof of concept and actually making this happen… but we’re being inundated with emails from brands wanting to participate. I see this as a much bigger thing. We want this to be a national program.”

Harb said there are a few barriers to veteran marijuana use. One is cost; the other is fear.

Harb doesn’t trust the VA hospital system when it comes to marijuana because the doctors and nurses are federally funded. Marijuana remains illegal at the federal level and is designated a Schedule I drug, meaning there is no acceptable medical use.

Harb said he’s seen cases of VA patients admitting to using marijuana or testing positive for it and being denied access to other required prescribed drugs.

He wants to reduce the stigma and clandestine use of cannabis by veterans to treat legitimate medical needs such as chronic pain, insomnia, anxiety and anorexia, and increase access by overcoming economic barriers some veterans face.

Harb was discharged from the military in 2007. As a field artillery officer who slept near “burn pits” in the desert and breathed toxic fumes emitted by mountains of burning garbage, he survived a 2011 bout of testicular cancer that he attributes in part to the contaminated slumbers. He was nearly robbed and killed while making a drug and gun purchase in 2014 as an undercover agent for the Detroit Bureau of Alcohol, Tobacco, Firearms and Explosives (ATF) and a US Department of Veterans Affairs (VA) physician.

“It was a combination of PTSD and the trauma from the war, but also things I experienced working at the ATF combined with the medications that the VA prescribed,” Harb said. “Oct. On March 31, 2016 I attempted suicide. Thank god they revived me and here I am.”

Since that time, Harb has become a devoted advocate for veterans’ access to marijuana.

Harb is disabled due to PTSD and said Veterans Affairs hospitals tend to treat patients with strong opiates or other narcotics that can do more harm through side effects, including addiction and, in some cases, suicidal thoughts. According to the 2021 National Veteran Suicide Prevention Report, veterans are already 50% more likely to die from suicide than off-duty Americans.

Through treatment at a VA hospital, Harb said doctors prescribed him fentanyl and oxycodone, both powerful and addictive painkillers.

“I was on opiates for years and it got to the point where the opiates actually harmed me,” he said. “You injured the nerve in my stomach. I couldn’t eat and that’s how I got into cannabis.

“It has helped me, and I know it helps a lot of my friends with anxiety get to sleep. And the really big symptom that I see in most veterans is chronic pain. From a pain control standpoint, it really helps.”

Michigan began legalizing medicinal marijuana use in 2008 with the home grow and guardian system, which allows registered growers to create marijuana products for up to five designated patients.

With a shrinking caregiver network, Harb said more patients are turning to the commercially licensed market, which some believe is safer because it has to meet stricter testing requirements.

Harb said he began working with another company to create the Veteran Compassion Care program nearly 1 1/2 years ago, which has since halted expansion plans in Michigan.

“We didn’t want the program to fall by the wayside,” said Harb, who has now recruited other companies to participate including: : JARS Cannabis, Light N’ Up, Verts Neighborhood Provisioning, Lake Effect and Doja.

“When he started talking about it, I said to him, ‘Man, I gotta go,'” said Kyle Cohee, who co-owns Light’N Up Provisioning in the community of Mount Morris, Genesee County, with a veteran. “It was natural for us to go into this because we have a lot of veterans that are already coming to our store.

“Not everyone can afford to go to these stores. With the caregiver program not being as extensive as it used to be, we are realizing that there is a need for people who need safe access to cannabis, and it’s free.”

Cohee anticipates that his retail store will become a marijuana pickup point for veterans of the program.

The program is operated in partnership with the Canna Social Equity Foundation, which acts as a trustee for Hero Project USA.

“To see brands so quickly step up and jump on board across the state is quite amazing,” said Connie Maxim-Sparrow, director of the Canna Social Equity Foundation.

The results were spread across 32 Michigan local marijuana election proposals

Michigan is poised to step up marijuana enforcement