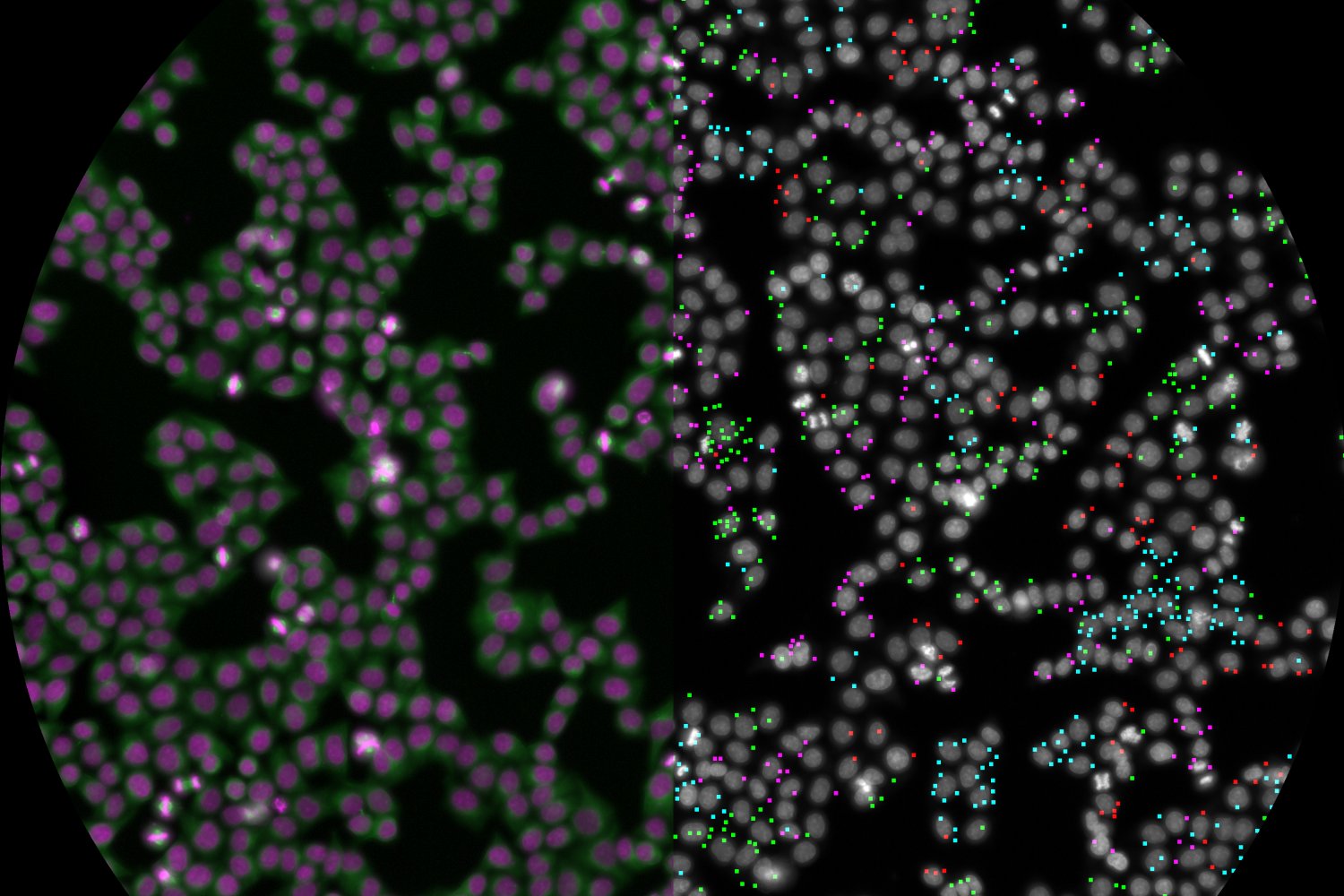 A team of scientists from the Whitehead Institute for Biomedical Research and the Broad Institute of MIT and Harvard systematically assessed the functions of over 5,000 essential human genes using a novel, pooled, image-based screening method. Their analysis leverages CRISPR-Cas9 to knock out gene activity and provides a unique resource for understanding and visualizing gene function in a variety of cellular processes with both spatial and temporal resolution. The team’s results span over 31 million individual cells and include quantitative data on hundreds of different parameters that allow predictions about how genes function and work together. The new study appears in the November 7 online edition of the journal cell.

“Throughout my career, I have wanted to see what happens in cells when the function of an essential gene is switched off,” says MIT Professor Iain Cheeseman, senior author of the study and a member of the Whitehead Institute. “Now we can do that not just for one gene, but for every single gene that’s important for a human cell dividing in a bowl, and it’s tremendously powerful.” The resource we create will not only benefit our own lab, but labs around the world.”

Systematically disrupting the function of essential genes is not a new concept, but traditional methods have been limited by several factors, including cost, feasibility, and the ability to completely eliminate essential gene activity. Cheeseman, Herman and Margaret Sokol Professor of Biology at MIT, and his colleagues worked with MIT Associate Professor Paul Blainey and his team at the Broad Institute to define and realize this ambitious common goal. Broad Institute researchers have developed a new genetic screening technology that combines two approaches – large-scale, pooled CRISPR-Cas9 genetic screening and imaging of cells to reveal both quantitative and qualitative differences. In addition, the process is inexpensive compared to other processes and is performed using commercially available equipment.

“We are proud to demonstrate the incredible resolution of cellular processes accessible with low-cost imaging assays in partnership with Iain’s lab at the Whitehead Institute,” said Blainey, a senior author on the study and an associate professor in MIT’s Department of Biological Engineering. Fellow of the Koch Institute for Integrative Cancer Research at MIT and Core Institute Fellow at the Broad Institute.” “And it’s clear that this is just the tip of the iceberg for our approach: the ability to relate genetic disorders on the basis of even more detailed phenotypes Measurements is essential for many future research areas and is now accessible.”

Cheeseman adds, “The ability to do pooled cell biology screening is game-changing. You have two cells sitting next to each other, so your ability to do statistically significant calculations about whether they’re the same or not is so much better, and you can spot very small differences.”

Cheeseman, Blainey, lead authors Luke Funk and Kuan-Chung Su and their colleagues assessed the functions of 5,072 essential genes in a human cell line. They analyzed four markers about the cells in their screen — DNA; the DNA damage response, a key cellular pathway that recognizes and responds to damaged DNA; and two important structural proteins, actin and tubulin. In addition to their initial screen, the scientists also conducted a smaller follow-up screen that focused on about 200 genes involved in cell division (also called “mitosis”). The genes were identified in their initial screening as having a clear role in mitosis, but had not previously been implicated in the process. These data, made available through an accompanying website, provide a resource for other scientists to study the functions of genes in which they are interested.

“There’s a huge amount of information that we’ve gathered about these cells. In the case of the cell nucleus, for example, it is not just a matter of how lightly colored it is, but how big it is, how round is it, are the edges smooth or uneven?” says Käsemann. “A computer can really extract a wealth of spatial information.”

Based on this rich, multidimensional data, the scientists’ work provides a kind of cell biological “fingerprint” for each gene analyzed on the screen. Using sophisticated computer clustering strategies, the researchers can compare these fingerprints and construct potential regulatory relationships between genes. Because the team’s data confirms several already known relationships, they can be used to make reliable predictions about genes whose functions and/or interactions with other genes are unknown.

A number of notable discoveries emerge from the researchers’ screening data, including a surprising one related to ion channels. two genes, AQP7 and ATP1A1, have been identified for their role in mitosis, specifically the proper separation of chromosomes. These genes encode membrane-bound proteins that transport ions in and out of the cell. “In all the years I’ve been working on mitosis, I never would have guessed that ion channels were involved,” says Cheeseman.

He adds: “We’re really just scratching the surface of what we can get from our data. We hope that many others will not only benefit from this resource, but also build on it.”

This work was supported by grants from the US National Institutes of Health, as well as by the Gordon and Betty Moore Foundation, a National Defense Science and Engineering Graduate Fellowship, and a Natural Sciences and Engineering Research Council Fellowship.