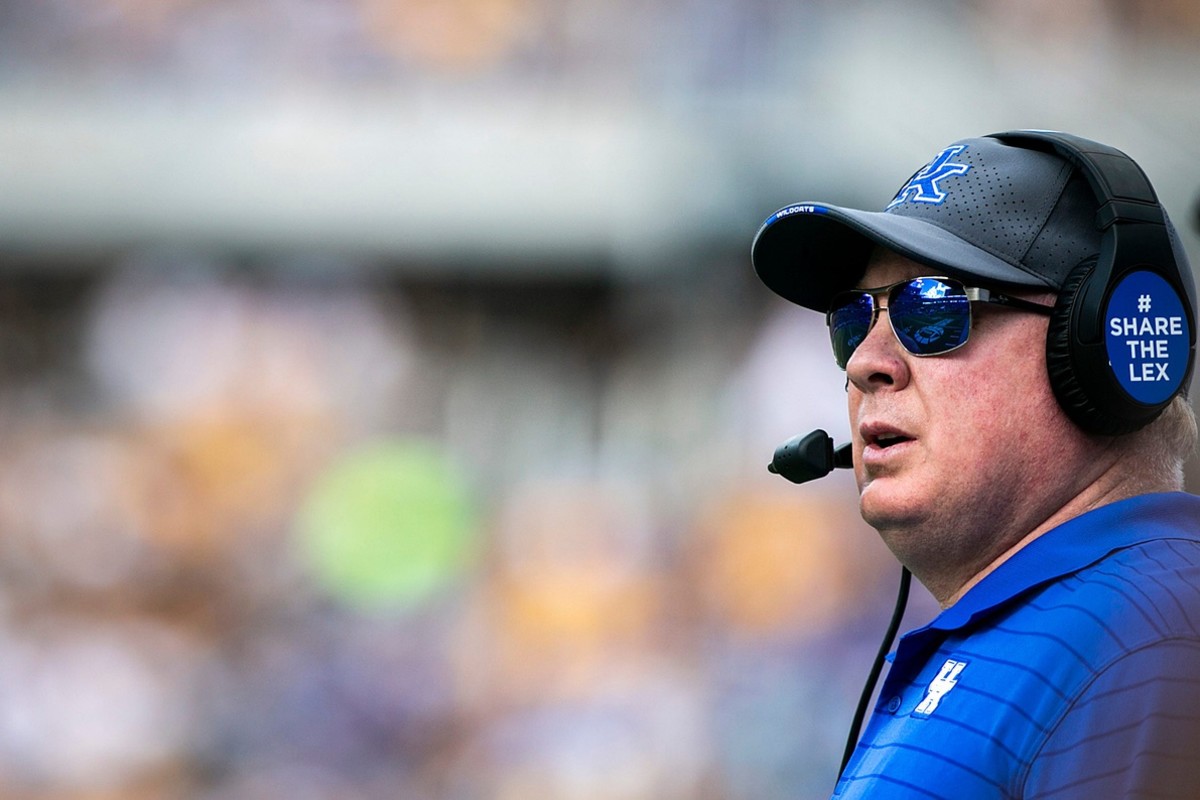 It was publicly announced yesterday that Kentucky’s head football coach Mark Stoops signed a contract extension on Nov. 11 keeping him at Lexington through the 2030 season.

The deal puts Stoops at $9 million per season as of February 2023, an $8.6 million deal to match his $400,000 base, according to the UK’s open records. Jon Hale of the Lexington Herald-Leader was the first to report on the extension.

Now in his 10th year as head coach of the Wildcats, in September Stoops became the all-time all-time skipper in program history. His name has been linked to Power Five head coaching vacancies such as Nebraska and Auburn, but he made it clear at his press conference Monday that he has never hesitated to leave his current post.

“I don’t talk about it because I don’t like respecting a school or anyone or anything. I think with the work that we’ve done here, I think it goes without – I mean, I don’t need to say anything. I think there’s been a lot of people asking over the years, and I’m not going — I’m really not pushing that,” Stoops said. “I’m in season. I am committed to my players. I am committed to this place and have never left it five minutes.”

He continued with his decision to remain in Kentucky:

“I told you last January that we’ll come to an agreement if Mitch and I and Dr. Capilouto reach an agreement. And that’s what I said about Jimmy [Sexton] and lawyers and all that stuff,” Stoops said. “But we’ve worked together for so long that we have a great commitment to one another and a trust and belief in one another, and that stability has been important. And at the beginning of the season there was a lot of noise and I just said, ‘I’m committed to this. I do not go anywhere. I am committed to this place.’ And they said vice versa.”

That commitment has stayed the same from the start of his decade in bluegrass. So how come it wasn’t made public when the deal was signed?

Well, Stoops and UK thought better of breaking the news the day after the Wildcats suffered an embarrassing 24-21 loss to Vanderbilt:

“We signed each other a while ago, and I kind of feel bad about the timing,” Stoops said. “Nobody – I wasn’t very proud of some of the losses that certainly came from the Vanderbilt game and all of that.”

“I feel bad for Mitch (Barnhart) and Dr. Capilouto and not doing my part, you know, frankly,” he added. “Believe me, I better quit after this game. I felt really bad about that loss and some parts of the season.”

In his nearly 10 full seasons, Stoops has amassed two 10-win seasons and taken the football program to new heights it hadn’t come close to reaching before.

The 2022 campaign has been full of ups and downs, from a top 10 finish to the aforementioned home loss to the Commodores two weeks ago.

Despite this, the current trajectory of Kentucky football is on the rise. Stoops plans to keep it like this:

“I’ve been here a long time, but I feel a commitment to this place and have been. This is my home. This is where I’ve been helping up to this point. We’ve built it to this point. do we want more Yes, I think we want to keep growing. dr Capilouto expects more. Mitch expects more and I do. And I want to keep building, keep having the continuity and improving, and there’s a lot of people that would like to have the stability that we had and there’s a lot of people that, like us, would be driven to do that, even at higher levels to compete.”

More about the contract extension here.

Want the latest on national soccer and basketball recruitment including Cats goals? Go over there SI All-American for the latest news, blogs and updates on the nation’s best prospects.