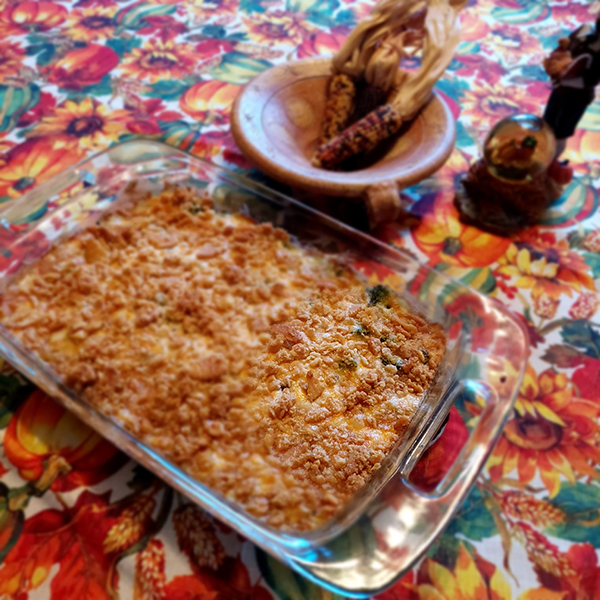 Grandma Fryer could always be counted on to serve “ribbon salad” on Thanksgiving and other holidays, especially Christmas. We ate it either as an accompaniment to an appetizer or sometimes as a dessert because of its sweetness.

Long after Grandma died, the red-and-green layered gelatin delicacy with a cream cheese center layer and hints of pineapple continued to make its way onto the table at our dinner gatherings. And while Grandma certainly didn’t “invent” the ribbon salad, we had a feeling she might have.

Curious about the special dishes made by other families in Kentucky, I looked around. I couldn’t find anyone else who mentioned our names, but found a lot of interesting variety in the answers and I might want to try a few.

Roger Garrison of Nicholasville said his family’s food had been transplanted.

“My aunt in Florida started the tradition by bringing her broccoli casserole to Thanksgiving dinner,” Roger said. “As far as I can remember, it first came up when we were celebrating Thanksgiving at my grandparents’ house. This was a formal affair with linen, china, lots of silver and a large bird carved by pawpaw.

Steve Flairty is a teacher, speaker and author of seven books: a biography of Kentucky Afield host Tim Farmer and six in the Kentucky’s Everyday Heroes series, including a children’s version. Steve’s Kentucky’s Everyday Heroes #5 was released in 2019. Steve is senior correspondent for the Kentucky Monthly, weekly columnist for the NKyTribune, and a former member of the Spokesperson’s Office of the Kentucky Humanities Council. Contact him at [email protected] or visit his Facebook page, Kentucky in Common: Word Sketches in Tribute. (Steve’s photo by Connie McDonald)

As a young woman, around the age of seven or eight, Brooke Hall liked her grandmother’s “green jelly salad in a jelly mold” every holiday and she was “excited if people ate a lot of it because it would be less for me.” As an adult, she bought a mold and has her grandmother’s handwritten recipe to continue the tradition.

Many of us enjoy recreating the unique and authentic taste of a family meal. Not everyone will do it. Carrie Thomas, a Grant’s Lick elementary school teacher who grew up in Pendleton County, has long been fascinated by the special buns served at her table. “My grandmother always made her homemade yeast rolls with strawberry jam,” she says. “We once asked her to write down the recipe for us to cook. Her measurements were difficult to follow, as she said to use (terms like) “enough” flour, and she used oleo instead of butter.

“We tried but could never master her the way she did. The ladies then asked her to make them and they watched and took notes, but still her special touch was required to get them just right. Now that she’s gone, her great-grandkids love to make them and, of course, eat them for Thanksgiving and Christmas. They taste exactly the way I remember them!”

Miche Branscum from Frankfurt remarked that her grandmother always had jello and a dried apple stack cake and called the punch “amazing”. In Henderson, Stephanie Brown mentioned that Granny always had a tin can with dumplings on top and a skillet full of cornbread dressing in the oven.

It was homemade oyster stew for Lucy Riffle from Erlangen and sweet potato casserole for Susan Gall’s relatives, who grew up in Lexington. Not far from Erlangen, in Walton, Janet Windgassen-Cook grew up eating oyster stew and oyster dressing on Thanksgiving, and the family of Mary Lynn Collins from Frankfurt preferred gratinated oysters.

The day before Thanksgiving, Falmouth’s Darlene Godman said her mom made homemade biscuits for the dressing.

“She used to crumble the cookies to dry them for the dressing she made for Thanksgiving and Christmas,” Darlene explained. “I think she did that so the crumbles would soak up the delicious turkey broth. Best part was she made an extra pan of biscuits for country ham and biscuits for breakfast.” 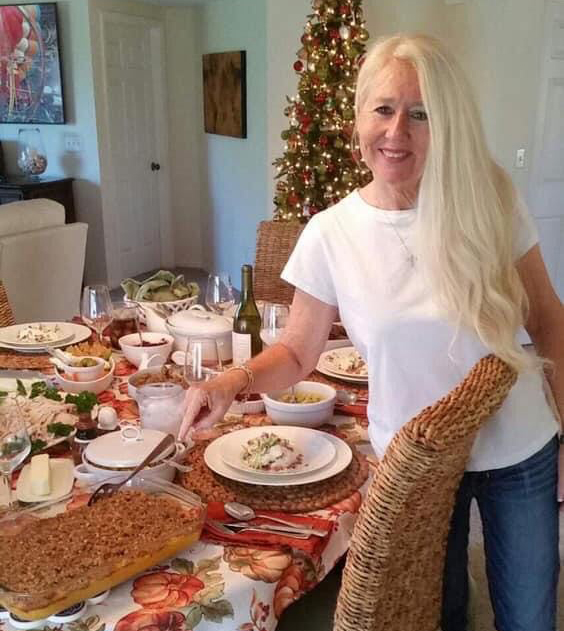 Another Falmouth resident, Fran Carr, offered pretzel salad, green bean casserole and pumpkin pie as dishes that have stood the test of time.

Probably a favorite for many is what former Fayette County teacher Jenny Bronaugh mentioned.

“For five generations, our family has always had a sweet potato casserole with mini marshmallows,” Jenny said. “I didn’t like sweet potatoes as a kid, but I only got to eat those perfectly browned, melted marshmallows on Thanksgiving. I loved the whole casserole and still make it, now with a dash of bourbon, which was always an ingredient in the original recipe.”

Also note that Jenny substitutes her marshmallows when reheating the leftover casserole.

Lexingtonian Foster Ockerman Jr. insists his favorite food growing up was a turkey and cranberry sandwich the day after Thanksgiving. Sharon Turner from Versailles remembers the clothing/filling of her “great” family.

“Mum kept chunks of bread for two weeks and let them dry before breaking them into crumbs, adding chopped onions and celery, melted butter, and broth from the neck and offal,” she said.

Aside from the oyster dishes, which I’ve never found a taste for, watching the Kentucky residents sit down for this week’s feast makes my mouth water. May we all be happy and grateful to be well nourished for this special time.