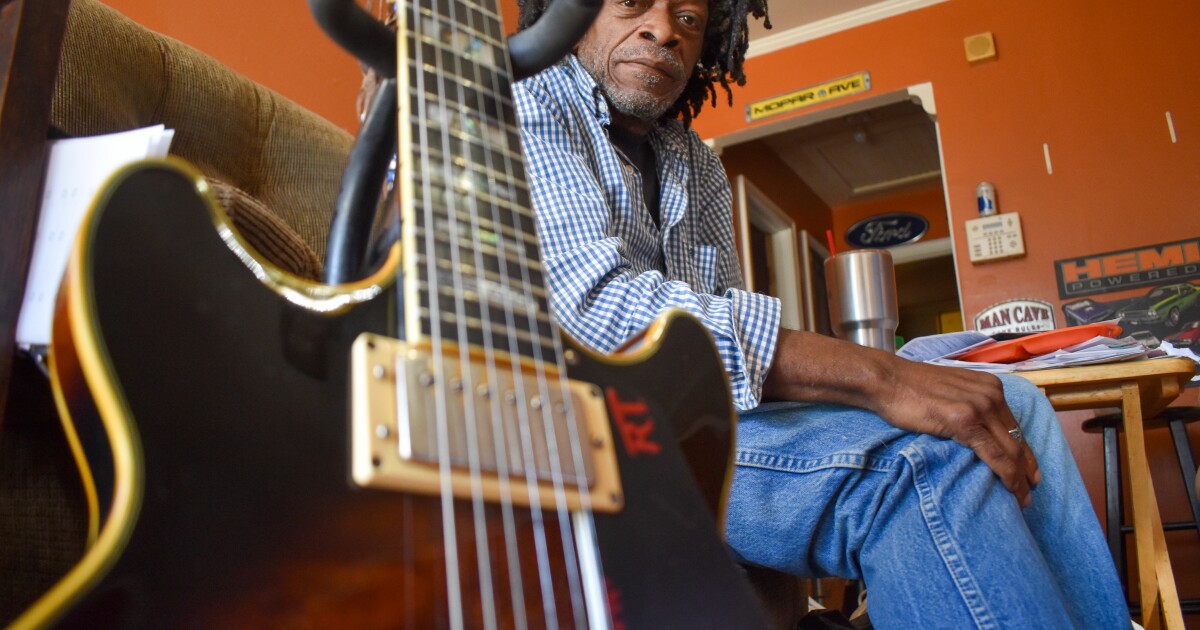 Kansas City has long been known as the center of blues music and culture. A northeastern Kansas City, Kansas neighborhood produced many of the musicians who gave the subway its reputation.

Many of these artists found success as musicians, but that success often took them away from the community from which their music originated. Throughout the 20th century, KCK artists often had to leave town to perform in venues that catered to a mostly affluent, white clientele.

“A lot of our musicians in town, almost half, had a connection to Kansas City, Kansas, but everything was aligned with Kansas City, Missouri,” says Dawayne Gilley, Kansas City music activist. “Nobody told this 3rd and 5th Street story of things that happened from the ’40s through the ’90s. This whole story was never told by anyone.”

In the late ’90s, Gilley began work on a profile of Kansas City blues artists for Living Blues Magazine.

In the year and a half that he spent interviewing more than 60 black musicians, Gilley heard the concerns many of them had about the lack of opportunities for bigger gigs in their own communities. In response, Gilley worked with them to organize the first Street Blues Festival in Kansas City, Kansas in 2000.

Since then, the festival has seen its share of successes and setbacks.

But now this celebration seems to have come to an end. With each passing year fewer people are left to take the stage.

Even before working with Living Blues Magazine, Gilley said he saw the diverse opportunities for black musicians in the area.

“It just became clear when you listened to people’s stories,” says Gilley. “There wasn’t one thing in KC where you could have a bright moment as a musician from Kansas City, Kansas.”

After writing for Living Blues, Gilley worked at the Kansas City Blues and Jazz Festival, held from 1990 to 2001 at the Liberty Memorial in downtown Kansas City, Missouri.

His short time working on the event led him to create the more localized KCK Street Blues Festival.

“This lineup of these musicians, we could see this festival all over the place,” Gilley said. “We got to see the same artist that we have in Kansas City in these other places. Kansas City is a famous city, but we didn’t act like it.”

Approaching several of KCK’s musicians, Gilley hosted the first festival on the stretch of 3rd Street from Parallel Parkway to Troupe Avenue.

Over the next five years, the festival grew in attendance and budget, with more than 10,000 visitors in 2005, the last year it was held on 3rd Street.

In 2006, the event had to be relocated to the intersection of 13th and Minnesota to accommodate larger crowds, ushering in a long history of operational challenges that prevented it from becoming an annual event.

After a low turnout in 2006, the festival took a year off, but returned in 2008 and 2009. In 2010, Wyandotte County officials attempted to introduce several new regulations because it was a street event, resulting in the festival ceasing operations by 2016.

The festival continued in Lavender’s Amphitheater from 2016 to 2019. Then, like many other live events, COVID-19 forced the festival to take the last two years off.

It is now returning, but not to its former home in Lavender’s Amphitheater. This year’s festival will be held at Knuckleheads Saloon in the East Bottoms of Kansas City, Missouri.

It’s billed as “The Last Waltz,” a celebration of all those who have performed over the nearly 25 years of the festival. Gilley says he plans on making this festival the last. But it’s not city regulations or a lack of funding that is putting an end to it.

It’s because so many of the musicians who visited their stages have passed away.

“We’ve really gotten to the point where the Kansas City Black Elders who still play legitimate blues, these are frontmen… I have very little left at that point,” he says.

The deaths of former headliners like Frank “Iron Jaw” Oakley, Rock ‘n’Rick Patterson and Millage Gilbert convinced Gilley that the festival needed a final goodbye to the community’s elders before they left.

Gilbert was the festival’s oldest remaining king, a ceremonial position reserved for the oldest and most prominent musicians who led the festival each year.
The position of King or Queen is a mark of intense respect that the artist has earned over the decades of making music within the community.

This year’s king of the festival is Ron Teamer, a guitarist and singer who has lived his entire life in Kansas City, Kansas. While he hopes this festival won’t be the last, Teamer shares some of Gilley’s concerns.

“We are basically getting old. This is the last of us,” says Teamer. “After that, there has to be a younger group that really knows how to bring the flavor in.”

‘The taste shouldn’t go away’

Teamer certainly meets the requirements to be made king. He has been playing the blues for more than 50 years. He says he fell in love with the sound of the blues, or its taste as he calls it, from an early age.

Teamer says growing up in the northeast corner of Kansas City, Kansas, an area long plagued by economic and racial inequality, themes and messages from classic blues artists helped him find joy in adversity.

“It’s poor people’s music,” says Teamer. “It’s for a man who has nothing but a guitar or a slapstick or some rhythm to play with. It helps poor people survive.”

Despite growing up under financial hardship, Teamer’s family was always supportive of his music career. For his 15th birthday, his mother bought him his first electric guitar, a white Flying V.

Its once brilliant white color has faded to a dull yellow hue, and Teamer admits it’s aged just like his favorite instrument.

He has a growing list of health issues that make traveling to shows and singing on stage difficult. However, he doesn’t expect to stop performing anytime soon.

“I’m so proud to do this. If I crawled, I would do it,” says Teamer. “The music is so important to me. I will continue playing until I die.”

Teamer admits he’s not sure how many shows he has left, but says he’s still hopeful for the blues’ future. Though few in number, some younger artists are taking up the blues mantle.

Teamer hopes that festivals like this will continue through these young musicians even after his generation of musicians is over.

“I hope they listen to the music and don’t create a sound that they think is blues,” says Teamer. “Because the taste should never leave Kansas City, ever.”