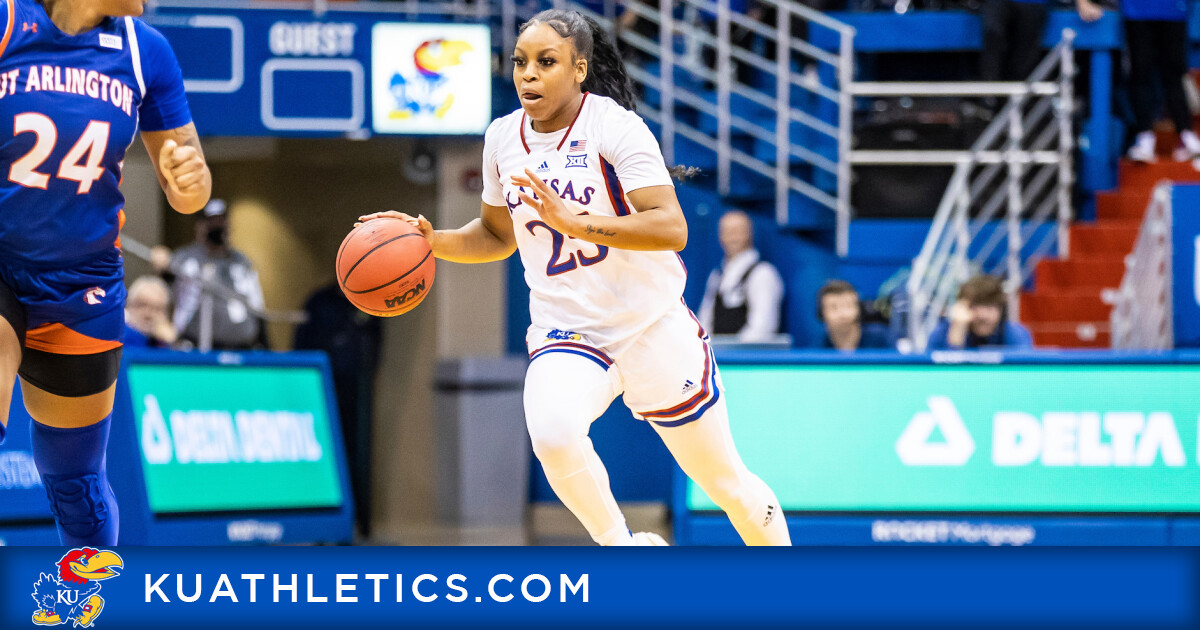 MORAGA, California – After starting the season with three home games, Kansas Women’s Basketball heads to the Bay Area of ​​California for two games of the Saint Mary’s Thanksgiving Classic. The tournament will be played at the University Credit Union Pavilion on the Saint Mary’s campus.

Kansas opens the event on Friday, November 25 at 2pm CT against Maine from the America East Conference. The Black Bears are 2-2 up on the year after beating Northeastern 61-59 on Monday night. On Saturday, November 26, the Jayhawks meet tournament organizer Saint Mary’s at 4:00 PM CT. The Gaels, who compete in the West Coast Conference, are 2-2 in the year after winning the Women’s Basketball Invitational tournament last season.

Both games will be streamed on the West Coast Conference Network. Jayhawk fans can also listen to the game on Learfield’s Jayhawk Radio Network, with Steven Davis announcing the action.

Kansas went 3-0 up Sunday, Nov. 20, with a 73-43 win over UTRGV, the Jayhawks’ widest lead this season. Four Jayhawks scored in double figures against UTRGV, led by Holly Kersgieter and Chandler Prater with 15 points each. Kersgieter also led the Jayhawks in 15 rebounds — one of her career highs — as she hit her first double-double of the season and seventh of her career. Prater also recorded a double-double, the first of her career after hitting a career-high 10 rebounds.

KU’s top scorer and rebounder in three games is Taiyanna Jackson, who had 10 points, eight rebounds and two blocked shots against UTRGV after hitting double-doubles in each of the Jayhawks’ first two games. Zakiyah Franklin scored seven points off the bench against UTRGV and now sits at 999 career points. With her next point, Franklin becomes the 31st player in program history to score 1,000 points in a Jayhawk uniform.

Kansas and Maine have only met once in women’s basketball, with Kansas winning 126-63 over the Black Bears on December 1, 2010 at Allen Fieldhouse. The 126 points the Jayhawks scored in that game remains a single-game school record. Kansas and Saint Mary’s have played twice before, with the Jayhawks holding a 2-0 lead over the Gaels. On their only previous visit to Moraga, on January 4, 1985, KU defeated Saint Mary’s 82-58. The Jayhawks attended the final meeting on December 15, 2019 in Lawrence against SMC 86-81.

Next
Kansas returns to Allen Fieldhouse on Wednesday, November 30 for one of the most important non-conference home games of the season against Texas A&M. The Jayhawks and their former Big 12 foes tie the knot at 7 p.m. CT with the game televising to Big 12 NOW.