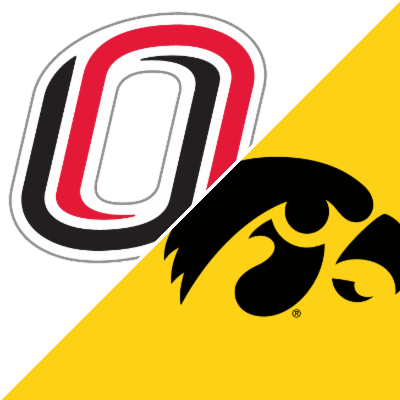 IOWA CITY, Iowa — Kris Murray scored a career-high 30 points Monday night as No. 25 Iowa defeated Omaha 100-64 in a preliminary round match of the Emerald Coast Classic.

Murray, who had 29 points in the Hawkeyes’ 83-67 win at Seton Hall last Wednesday, was blocked 86 seconds into the game by Omaha’s Dylan Brougham.

Murray then went on to hit 11 consecutive shots on his way to a 25-point first half. He didn’t miss until a 3-point try rolled off the rim with 34 seconds left at halftime.

“I’ve never had a run like this in my life,” Murray said. “It was kind of cool just being in that moment.”

“I got into a rhythm early on – just easy baskets, open jump shots,” he said. “It gives me a lot of confidence because I know I can score on different levels and it will be difficult to stop me.”

The junior finished the field 13th of 17 and added seven rebounds.

“We didn’t get easy baskets early on and then Kris gets a hundred of them,” said forward Patrick McCaffery. “It just looked easy.”

The Mavericks didn’t have a defensive answer for Murray.

“We were on our heels trying to protect him,” said Omaha coach Chris Crutchfield. “He’s skilled. And he’s fast. Once a guy like that gets going, it’s hard to contain him.”

Murray’s twin brother Keegan, who was fourth in the nation with 23.5 points per game last season, left the Hawkeyes after last season and was the No. 4 NBA draft pick by the Sacramento Kings.

Kris Murray has been asked about the comparisons to his brother since the start of the season.

“He had a really good season last year and it would be easy to step into his shadow,” he told Murray. “I know I’m not the same person as him. I do my own thing in Iowa. I think it’s two different players, two different people. I think it’s just some kind of motivation to do what he did just a little bit more.

Patrick McCaffery had 16 points for Iowa (4-0) and Connor McCaffery had 12. Earlier in the day, the Hawkeyes made the Associated Press top 25 for the first time this season.

The Hawkeyes led 49-28 at halftime. Iowa, who entered the game in eighth place nationally with 94.7 points per game, hit 100 points for the second time this season.

Iowa was without starting point warden Tony Perkins, who missed the game with a leg injury.

Perkins is averaging 13.3 points this season. He had 16 assists to guide the Hawkeyes through the first three games.

“That was a great opportunity for me,” said Ulis.

The Hawkeyes got off to a slow start before Murray took over. Murray was 6 of 7 at one point while the rest of the team was 1 of 8 out of the field. But Iowa opted to shoot 55.4% for the game, which went into Friday’s Emerald Coast Classic games with Clemson and either TCU or California on Saturday.