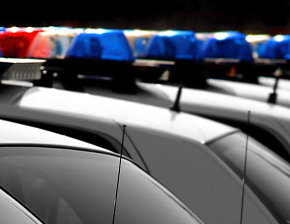 A former police officer who faces numerous felonies in connection with allegations of harassment and stalking of a Des Moines woman is now being charged by prosecutors with threatening to harm her to prevent her from speaking out against her to testify him.

Walter Pacheco, 28, of Pleasant Hill, was released from prison pending the completion of multiple criminal cases that began in April involving the woman, according to court records. Pacheco is accused of repeated harassment over the course of about two months.

Pacheco is a former police officer at Carroll and Eagle Grove and was charged with similar harassment prior to his employment but has not been criminally charged. In September he handed in his certificate as a peace officer.

Court records show the woman told Pacheco to stop contacting her, but in February, March and April he texted her, tried to speak to her about her work and home, stole her security camera and damaged her yard, by hitting a vehicle it.

In July, he pleaded guilty to assault and stalking, but about 10 days later he allegedly walked into an office building she was cleaning and stormed in when she opened a back door to take out some trash, court records show .

He allegedly took her cell phone, keys and an electronic earpiece and ran off when she threatened to call the police.

Court records show there were ongoing negotiations to resolve all criminal charges with a settlement. However, Pacheco was accused of contacting the woman again in October and “threatening physical harm and violence … with intent to disrupt law enforcement” of the latest charges. No further details on the alleged threats are available in the public court filings.

On Oct. 24, the attorneys whom Pacheco had hired to represent him asked to withdraw from the cases, citing “a breakdown in the client-attorney relationship,” court filings show. He is now represented by a court-appointed public defender.

On November 9, a district attorney filed a new charge of tampering with a witness and asked a judge to overturn Pacheco’s release from prison. He was arrested on November 17 and has been in prison ever since, court and prison records show.

A judge revoked his bond, citing his “character and mental condition” as the reason.

A hearing to hear Pacheco’s guilty pleas is scheduled for December 14, but that hearing was scheduled before his first attorneys retired and before his recent arrest. It is unclear in court filings how the cases will proceed. The crimes threatened to him are punished with decades of imprisonment.