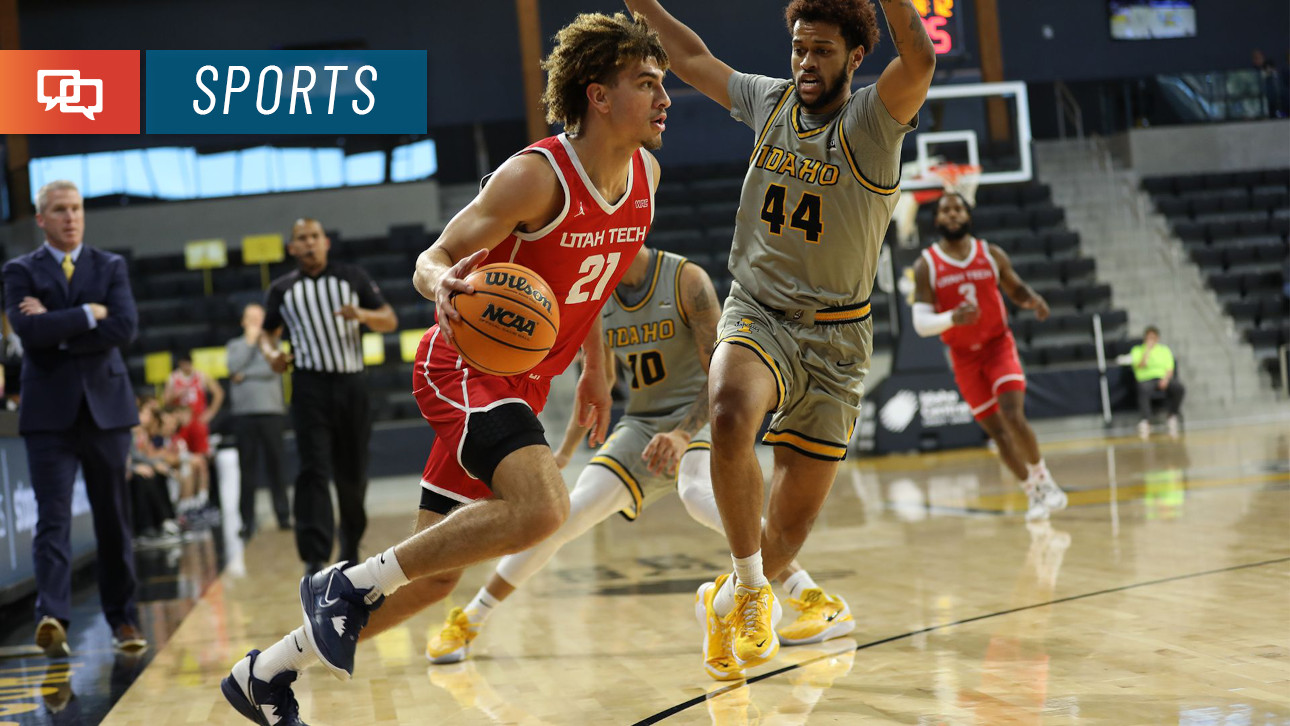 MOSCOW, Idaho — Cameron Gooden led all scorers with 27 points as Utah Tech pulled off a two-game slip in an 81-71 men’s basketball win over Idaho on Saturday afternoon at ICCU Arena.

The Trailblazers (2-3 overall, 0-0 Western Athletic Conference) had the hot shot in the early stages, hitting 11 of their first 14 shots, including 5-of-8 from the perimeter to establish a 28-11 lead in the first nine minutes, according to a Utah Tech Athletics press release.

UT extended that lead to as much as 18 points before going into the dressing room with a 46-36 halftime cushion.

Utah Tech regained momentum in the next three minutes with a 9-0 run, extending their double-digit lead bolstered by an “and-one” from Isaiah Pope and a lay-in from Gooden.

The Trailblazers maintained at least a two-ball lead the rest of the way en route to their first away win of the 2022-23 season.

Numbers to get to know
Gooden, a senior guard, was 8-of-10 off the floor with three 3-pointers and walked 8-of-10 at the line. Gooden also grabbed five rebounds, gave four assists and pulled off a team-high steal in 38 minutes.

Meanwhile, Pope picked up 10 points off the bench as five Trailblazers in the season went into double digits.

Noa Gonsalves scored 10 points on 4-of-6 shooting, as did Jacob Nicolds, who was 8-of-8 at the foul line to go with six boards.

Next
Utah Tech continues its seven-game road swing of the season at Peace Garden State over Thanksgiving weekend when the Trailblazers will play the North Dakota Holiday Tournament. UT will open tournament play against host Fighting Hawks on Friday, November 25 at 12pm MT, followed by a date against Cal State Fullerton on Saturday, November 26 at 1pm MT.