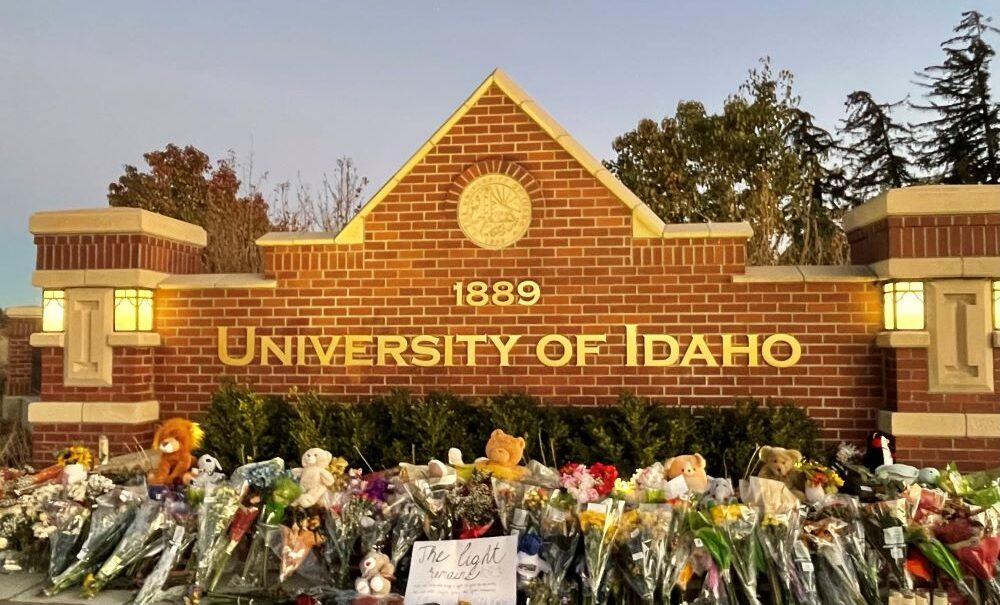 Questioning the morals of a student journalist covering the UI murder

I’m a student at Washington State University, a university that’s less than 10 miles from the recent murders of four University of Idaho students.

As a journalist and editor-in-chief of the school newspaper, I’ve covered this story since WSU issued this warning to its students: “The Moscow Police Department is investigating a murder near the University of Idaho campus. I am not aware of any threat to the WSU Pullman Community.”

But as a student I was scared. So many questions went through my mind and still do with the minimal information given to the public by officials.

My team at the Daily Evergreen continues to report on the investigation, but as rumors and misinformation circulate online, it’s hard not to feel consumed and smothered.

New information comes out every day, and it is my job to discern what is false and what is true and how to deal with it accordingly.

I have never been a religious person. I’m more of a spiritual person. But I have my own moral compass that I follow and an ethical line that I try to adhere to.

When people around me tried to urge our staff to interview family members of the victims to stay ahead of the national news, I knew immediately that this was wrong. “Let’s give it some time,” I said.

Days later, family members began speaking to the media, including the sister of one of the victims, who was a WSU student.

I have never been more morally and ethically inconsistent than I have been these past two weeks as a student journalist covering the Idaho murder.

“Why didn’t we come to her sooner?” Superiors asked me. And I said to that because it didn’t feel right. I wanted to give family members time to grieve, and I didn’t want to use it for personal gain.

I have never been more morally and ethically inconsistent than I have been these past two weeks as a student journalist covering the Idaho murder.

On the one hand I have my career. The things I learned about going to press conferences and dealing with breaking news have been so helpful to me as a journalist. But on the other hand, I am a student who is the same age as the victims and has empathy for the family and the students at UI.

How can I do my job effectively and compete with national news while staying morally true to myself?

A proposal was made to me yesterday. Go to Ethan Chapin’s funeral as a reporter for a national news organization. What an opportunity. But I would have to go as a journalist, not as a fellow student. And I should have taken notes about the service, knowing full well that the family didn’t want me there.

I could not do it. And I didn’t. I knew it was ethically wrong to interfere in the funeral of a grieving family, especially a victim who was so horribly murdered and covered in the media.

It was a situation we are constantly confronted with as journalists, wanting to put our morals aside and report the next big story for the public at all costs.

My job as a reporter is to tell the public the truth about the investigation into this murder, but my ethical obligation and desire as a student is for families to be respected and for students to look out for one another during this time.

Mikayla Finnerty is studying multimedia journalism at Washington State University. She was social media editor for the Daily Evergreen in spring 2022 and will be the newspaper’s editor-in-chief this fall. During her time at Evergreen she has written for Roots, Opinion and Culture. She has also created illustrations and photographs. In her free time, Mikayla enjoys reading and baking.