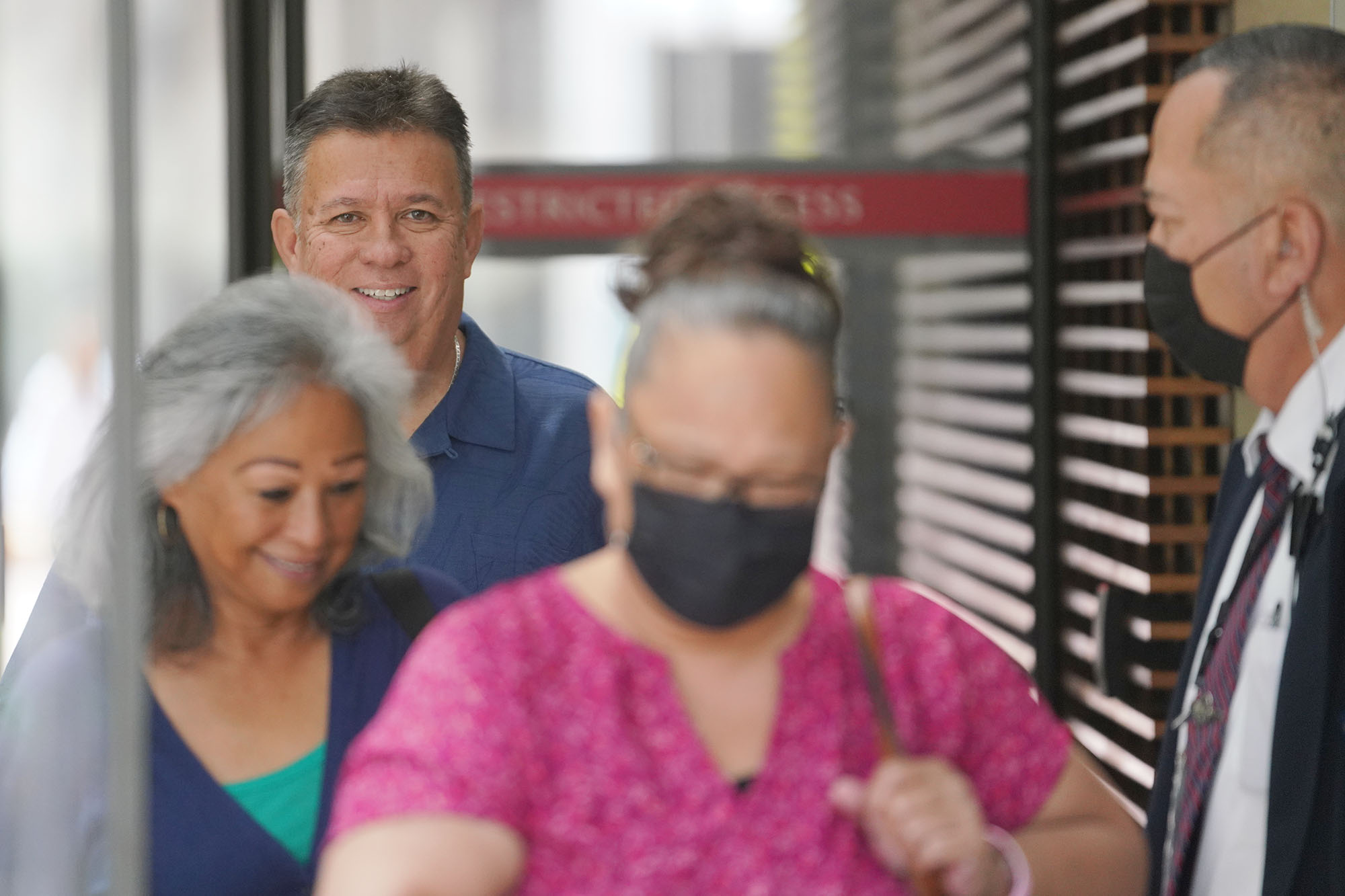 After a trial lasting more than a month, Brian Ahakuelo, the former executive director of a local electrical workers’ union, was found guilty on Monday of embezzling workers and falsifying a union decision to increase dues against the workers’ will.

After US District Court Judge Helen Gillmor read the jury verdict – guilty on 69 counts of conspiracy, fraud, money laundering and embezzlement – Ahakuelo was handcuffed by US marshals and taken into custody.

The former leader of the International Brotherhood of Electrical Workers Local 1260, Ahakuelo, has been charged by federal prosecutors with using union funds as employees “Personal Piggy Bank” for themselves and dependents on the union payroll.

At the trial, prosecutors presented evidence showing the family had accused the union of personal expenses and prime travel with dubious union purposes. When money ran out, witnesses said Ahakuelo fraudulently collected union dues from members.

Four former union workers who have themselves pleaded guilty to conspiracy in the case testified that they helped Ahakuelo falsify a union vote in Guam to increase dues. A real vote on this issue would probably have failed.

Ahakuelo was charged along with his wife Marilyn and sister-in-law Jennifer Estencion, both of whom he employed with the union. Brian and Marilyn Ahakuelo were convicted on all charges Monday. Marilyn Ahakuelo has been released on bail pending sentencing, which was scheduled for March 28.

Estencion was found not guilty on all charges.

Lawyers for the Ahakuelos and federal prosecutors declined to comment after the verdict.

To extension Acquitted, her attorney Randall Hironaka said his client appreciated that the jury was able to separate her actions from those of her brother-in-law.

“There was a lot of evidence against him,” he said. “She is grateful. It’s tough. Your sister just got convicted.”

Throughout the case, Ahakuelo maintained his innocence. His attorney, Louis Michael Ching, argued that Ahakuelo was the victim of a conspiracy by the union’s international bureau, which he said was intent on overthrowing his client.

Union officials disputed this, as did the US Assistant Attorney Michael Albanese said during Friday’s closing arguments that there was “zero evidence” to support such a claim.

Meanwhile, Marilyn Ahakuelo’s attorney, Rebecca Lester, argued that there was a lack of evidence in the case against her client. The facts prosecutors shared “might make Brian look bad,” but there was no criminal intent, she said.

After the verdict was read, Albanese asked Gillmor to release Brian Ahakuelo’s bail and arrest him.

Ahakuelo is not only the leader of a “criminal enterprise,” Albanese said, but he also presented “falsified evidence” to the court. Some of the defense exhibits were “manufactured,” showing how far Ahakuelo would go to evade accountability, the prosecutor added.

Gillmor said she was impressed by Ahakuelo’s “repeated disregard for the law” and that Ahakuelo justified his actions with an attitude “that’s how it’s always been done”. The judge said she considered Ahakuelo a risk of absconding and ordered him to be taken into custody.

Sign up for our FREE morning newsletter and look better informed every day.