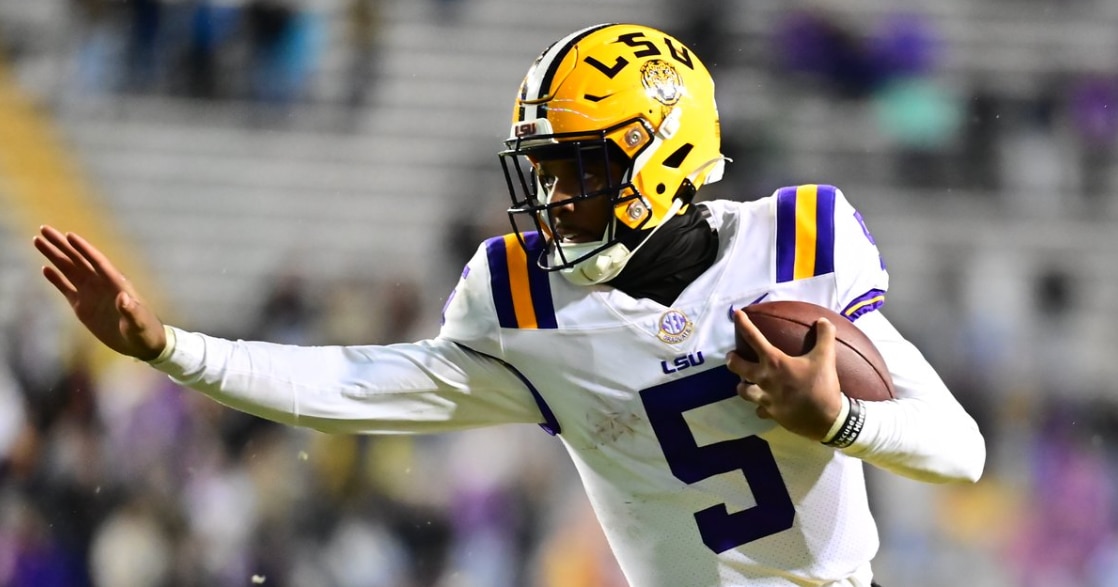 ATHENS — Tennessee coach Josh Heupel said he sees some key similarities in Georgia and LSU in that the SEC title game could boil down to a quarterback battle.

The 1st-ranked Bulldogs and 6th-ranked Tigers play December 3 at 4 p.m. at Mercedes-Benz Stadium, both attempting to secure a place in the four-team CFP field.

Georgia features 25-year-old sixth-year Stetson Bennett, who switched back to UGA in 2019 after one season at Jones (Miss.) Junior College.

LSU counters with 21-year-old junior Jayden Daniels, who transferred to Baton Rouge School to play for Brian Kelly, who left Notre Dame to coach the Tigers.

“The similarities start with really good staff,” the Tennessee head coach said on last week’s SEC conference call. “They are both athletic and good at the skill spots on both sides of football.

Tennessee, favored to reach the CFP Final Four before their stunning 63-38 loss at South Carolina last Saturday, overcame LSU 40-13 and lost 27-13 to Georgia earlier this season.

“They’re both tall, strong and physically with athletics on both sides of the scrimmage line, two really good football teams,” Heupel said.

“There are subtleties in what they do as far as scheme goes, (but) they both get people together on the rim and are willing to play some sort of male cover and they both do a good job of putting pressure on the quarterback. ”

LSU has 27 sacks this season and averages 2.27 per game, while Georgia has 18 sacks and averages 1.64 sacks per contest.

On the other hand, Georgia ranks second in the nation with fewest sacks allowed (7), while LSU was one of the most-sacked teams in the country with 40.

More of a running gun than Bennett, Daniels is the all-time leading SEC quarterback and 10th overall in the league with 162 attempts for 740 yards.

Bennett was pickier, eighth among SEC quarterbacks in rushing with 40 carries for 169 yards.

The Georgia quarterback was more prolific at throwing the football, 236 of 348 passes for 3,011 yards with 14 TDs and 6 interceptions and a 150.32 passing efficiency