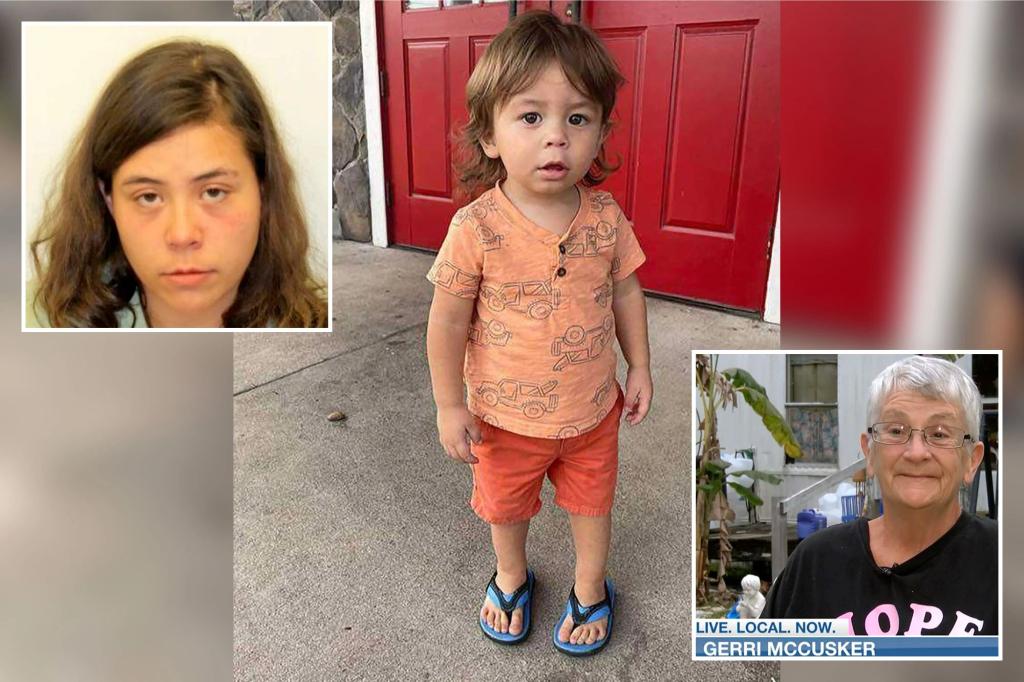 Neighbors of Leilani Simon, the Georgia mother charged in the disappearance and murder of her young son, are “glad” she has been arrested.

She was arrested Monday afternoon after police confirmed the discovery of remains believed to be Quinton’s Friday.

“I was happy. I’m glad they arrested her. It was just heartbreaking and that’s the best news to come out of this situation,” McCusker added.

Leilani was named the prime suspect in her son’s disappearance just days after his disappearance, when Chatham County Police confirmed they believed the toddler was deceased.

In the weeks since the disappearance, Leilani and her family have aroused further suspicion through their conflicting statements and bizarre parties during the investigation.

In an interview with police, Leilani’s mother, Billie Jo Howell, admitted her daughter – who has two other young children – “didn’t always do the right thing”.

But in an interview with WTOC that aired earlier this month, Leilani vehemently protested her innocence.

“I’ve been here every day since then [Quinton went missing]. I don’t run and I don’t hide,” she said through tears.

“If something comes up that’s my fault, I’ll take myself to this police station.”

Meanwhile, another neighbor said that even after the arrest, they struggled to cope with the emotional weight of the case.

“I’m still crying. They show a picture of [Quinton] on TV and I’m going to cry,” the unnamed neighbor told WTOC.

“It happened just before my birthday. That was the most miserable birthday I’ve ever had.”

In addition to malicious murder, Leilani is also accused of concealing the death of another, making a false report, and making false statements. This was announced by the Chatham County Police Department.

“We have been telling you for weeks that all our evidence indicates that his mother is responsible for his death and disappearance and that his remains were found in a landfill,” Police Commissioner Jeff Hadley told the press on Monday.

Leilani is expected in court on Tuesday afternoon, where a decision will be made on whether to get bail in time for the holidays.

Chief Hadley said he and other officers involved in the case are also still grappling with the emotional toll of the investigation.

“You also have a lot of general emotions as a person and someone who has children,” he lamented.

“What happened to this 20-month-old child is unthinkable,” added Will Clarke, senior supervisor of the FBI’s Savannah and Brunswick offices.

“No child should be hurt by anyone, let alone the person in their life who should be their protector.”