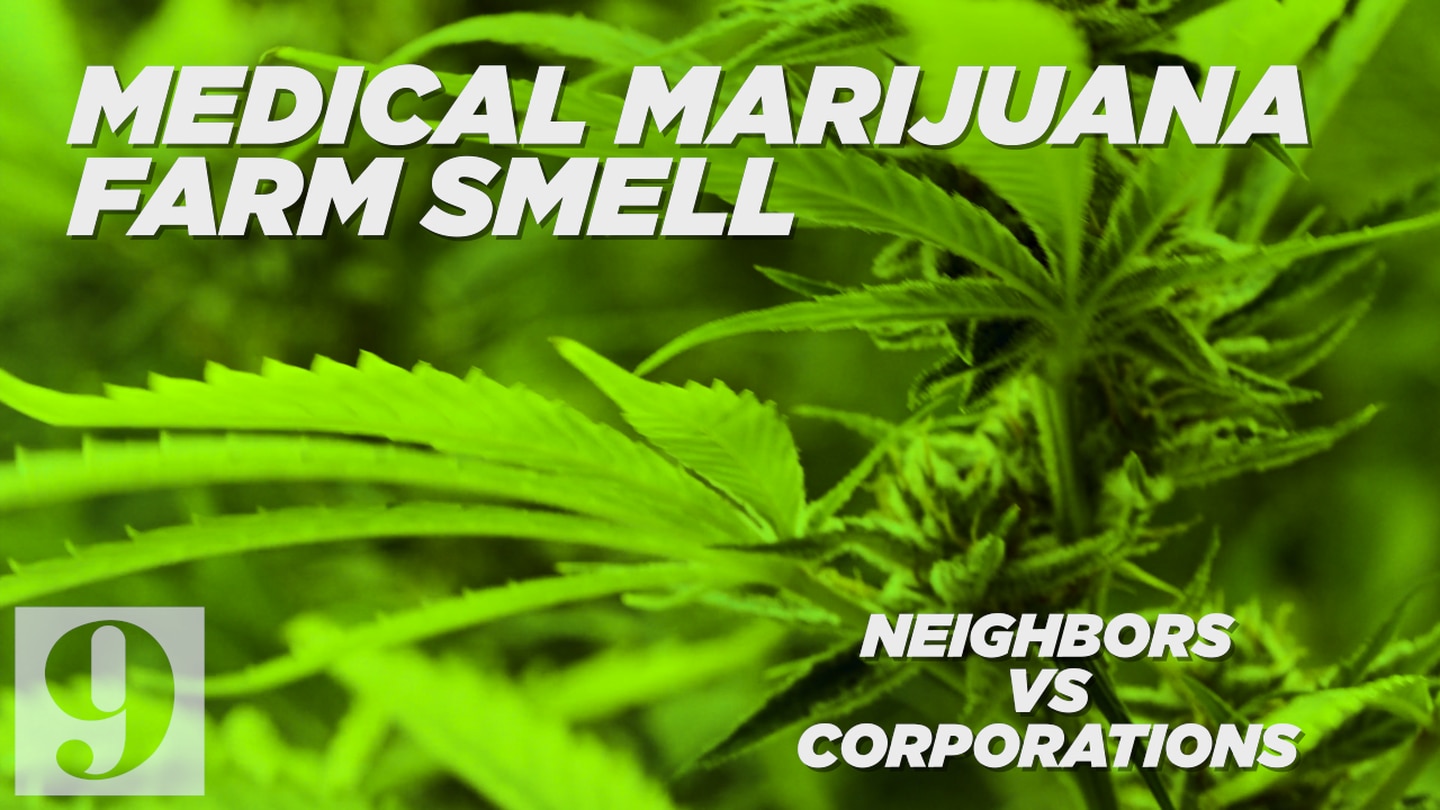 Complaints about medical marijuana farms are popping up across the state. The smell and size are among the top concerns for people living in houses nearby.

Four months ago, Channel 9 first told you about homeowners in Mount Dora who said they felt trapped by the strong smell. Since then, we’ve also heard from other communities calling on the state to do something about the smell.

It’s becoming more of a problem because some of the growers who bought original medical marijuana licenses are now selling to much larger companies that are already in the medical marijuana business. That meant major operations that these neighbors didn’t know they had to deal with.

“I found out that you published a story about Curaleaf in Mount Dora and coincidentally we have the same problem,” said Yvette Blackwell Gomez.

Read: Marijuana: Many employers are rethinking their stance as laws change

She and more than a dozen of her neighbors gathered at a neighborhood barn in the South Florida area, which is being used as a venue, to voice their concerns.

“Come here, stay with us for a month, live here. See if you like it. And you will see. And that’s a growing problem,” said a neighbor during the candid discussion.

Territory leaders sent a memo to the legislature in May urging them to act as their hands were tied. The medical marijuana industry is regulated by the state, and many of the details surrounding it can be exempt from public records.

Any company must complete a variance to operate on existing farmland that may have been used for landscaping or fruit and vegetables prior to the explosion of Florida’s medical marijuana industry. The variance includes a box to verify that the company has an odor control system in place, but we couldn’t find anything in the document or state law that explains what specifically is required.

“We have nurseries here. Nothing produces such smells,” said Michael Waneck.

There has been no shortage of complaints from homeowners and business owners living near the large Curaleaf farm which is in a rural area.

“I honestly had no idea they were growing marijuana (outdoors) at all, I didn’t even realize it until we smelled it,” said a neighbor.

Curaleaf, a major player in the medical marijuana industry, advertises 26 cultivation sites across the US, but the locations can be kept secret in Florida for security reasons.

Read: Florida is lowering the amount of medical marijuana doctors can prescribe to patients

According to records, there are more than 30 greenhouses on the site, and from the air it can be seen that there is still more room for the company to grow.

We asked Senator Ana Rodriguez, who represents part of the area, if this is an unintended consequence of medical marijuana.

“I think it definitely opened a door to an unintended consequence. This is something very, very new in our state. And so a lot of these companies are going through growing pains, and I think they’re able to implement the right mechanisms to contain the smell. And they have to do that,” Rodriguez said.

In a statement, Curaleaf told us:

“While we cannot comment on pending litigation, we can confirm that we have not received any recent complaints of odor nuisance or operations in the Homestead area and that the facility has passed all state inspections. We currently have odor control equipment in place at all Florida grow facilities and remain fully compliant with state cannabis regulations. Curaleaf strives to make a positive impact in the communities where we operate and will continue to take diligent precautions to best serve our patients, team members, neighbors and communities wherever we operate.”

The company told us it’s also made changes to the Mount Dora cultivation site, which we first took you to in July, where we had no problem smelling a stench similar to that of a skunk.

Read: CBD Oil Sales Are Booming, But Are You Getting What You Pay For?

Since then, Curaleaf told us in a statement:

“The Company recently completed construction of a new dry room in the area of ​​the Mount Dora property furthest from residential neighbors and received Department of Health approval, placing residents further away from operations where odors are more likely to occur arise… It’s us. Now we’re moving our drying process to that area… and making shift adjustments to ensure any green waste that could contribute to odor issues is processed in a timely manner.”

South Florida homeowners are hoping a lawsuit will force changes for them, but Curaleaf has filed a motion to dismiss, arguing that Florida’s medical marijuana law is clear — regulation of the industry is left to the state — and continues to say so the court cannot bypass the legislature.

“You could use any scent. It’s Coco Chanel; if you smell it 24/7 it will drive you crazy, not to mention a smell that can be compared to the smell of a skunk. It doesn’t belong here. And they’re just selfish,” said a South Florida neighbor.

Rodriguez is hoping for proactive measures, something Curaleaf have already told us.

“I would prefer these companies to take proactive measures and implement best management practices within their organization. I hope, maybe with the kind of coverage we have today, that they look at it and consider doing it without the need for legislation to intervene,” Rodriguez said.

Legal loopholes allow THC products banned elsewhere to be sold in Florida A substance that gets you high is unregulated and has made users sick and even proven deadly. (WFTV)