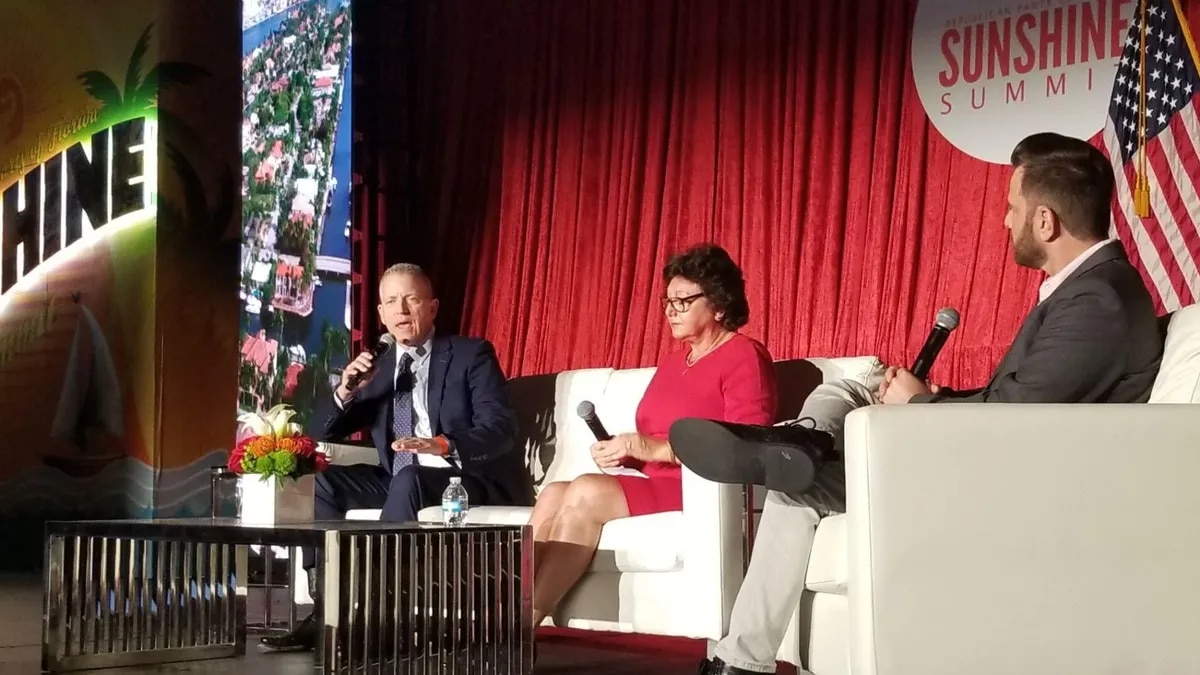 Florida’s new legislative leaders were officially elected and sworn in Tuesday and delivered speeches that provided a glimpse of their priorities over the next two years.

Both House Speaker Paul Renner, R-Palm Coast, and Senate Speaker Kathleen Passidomo, R-Naples spoke about the importance of respect throughout the aisle and healthy debate.

Renner and Passidomo also both spoke about the rising cost of living for Floridians, housing and Hurricane Ian, with Renner announcing that he will form a select committee that will focus on hurricane recovery and resilience. He also said the legislature needs to focus on long-term infrastructure, even if it comes into play years later after members leave office.

In his speech, Renner denounced “ideologues” who “try to politicize everything” and said they “spend more time defending the era of drag queen stories” than teaching reading.

“In this election, mothers and fathers sent a clear message to these ideologues,” Renner said. “Our children are not your social experiment.”

Equality Florida press secretary Brandon Wolf called Renner’s comments “sick” in light of the recent mass shooting at a Colorado LGTBQ club on Twitter. Wolf is a survivor of the 2016 mass shooting at the Pulse nightclub in Orlando.

During her speech, Passidomo spoke about affordable housing, saying lawmakers need to do more than they did in the previous session, calling it a “top priority.”

“I know that the state government cannot independently fix or overtake the problems caused by inflation,” Passidomo said. “But I believe that focusing on safe and accessible housing for workers is an area where we can make a difference.”

She also spoke at length about her goal of expanding Florida’s Wildlife Corridor and expanding the trail system.

Before Renner and Passidomo get a chance to chair Florida’s regular legislative session and focus on their multitude of issues, they must first address a special session focused on property tax breaks for Hurricane Ian. The session may also deal with property insurance. DeSantis has not yet called the meeting, but indicated in October that he would.

Coverage of the Tampa Bay Times legislation in Florida

Sign up for our newsletter: Get Capitol Buzz, a special bonus edition of The Buzz starring Emily L. Mahoney every Saturday while the Legislature is in session.

We’re working hard to bring you the latest news from the state legislature. This effort requires a lot of resources to collect and update. If you haven’t signed up yet, Please consider purchasing a printed or digital subscription.