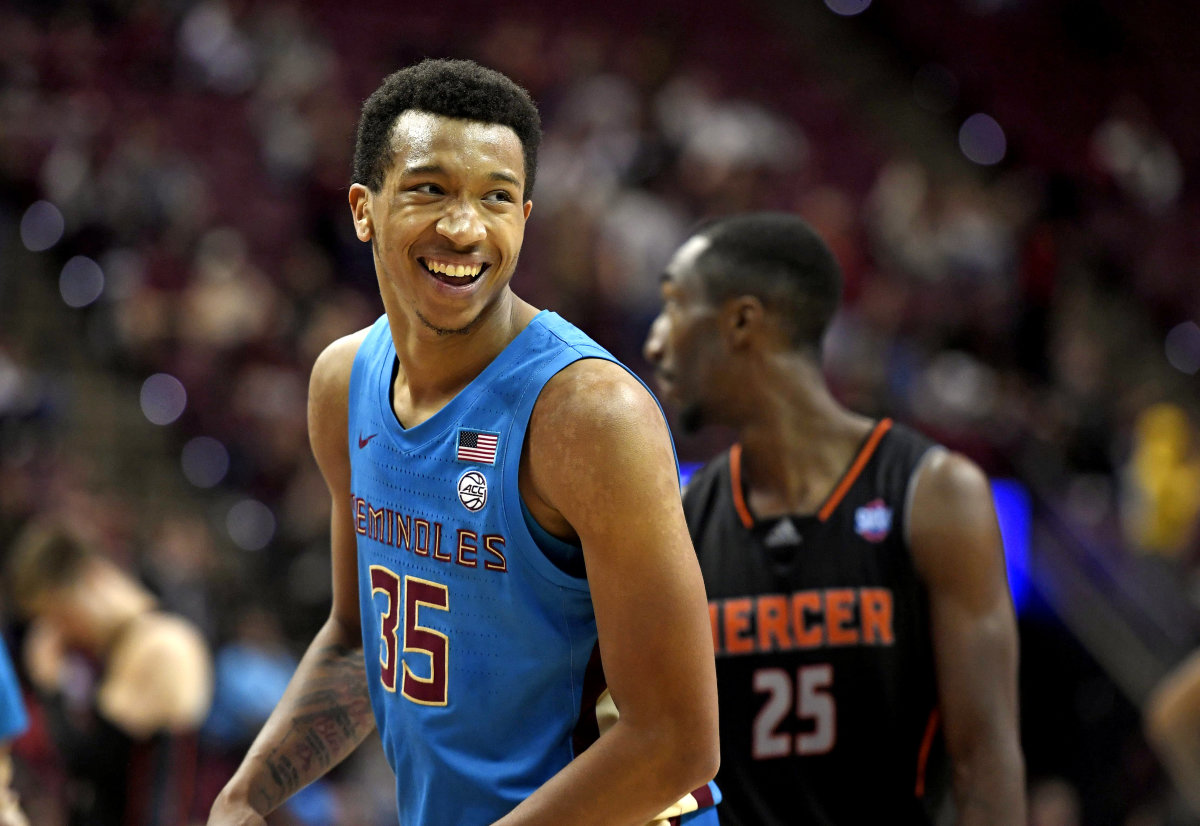 It’s taken a lot longer than any of us expected, but Florida State finally gets its first win of the season with an 82-71 win over the Mercer Bears. It wasn’t always easy as it felt eerily similar to the Florida game: big lead in the first half, an early run in the second half put Mercer back in the game and eventually the lead, but Florida State responded and took the win . They went on a 9-0 run after the game was tied 66 times and with just over 4 minutes to go and that was just enough to put the game on hold.

The defense played at a really high level for most of the night as FSU finally had the bodies to switch the boys in and out and keep the boys fresh. We saw the hockey-style roster changes for the first time all season, and it was a welcome sight. While there are things to fix, it’s a lot easier to appreciate after a win.

As already mentioned, the defense played at a significantly higher level in this game, especially when it came to fighting shots. As a team, Florida State blocked 11 shots tonight, the most since March 2018 in a game against Louisville, another game in which they blocked 11 shots. Naheem McLeod alone had 5 blocks, breaking a career high of 2 he set last Friday. 5 blocks is the most anyone has had in a game of a Seminole since (I think) Christ Koumadje had 5 blocks against Pitt in January 2019. Mercer shot under 40% from the ground but only turned it over 7 times, which I expect Florida State to do a little better.

After the game was tied 66-66, FSU went on a 9-0 scoring run that included nearly 4 minutes from Mercer without a goal. The defense really stepped up when it needed to and I look forward to seeing the defense (especially defending the 3) continue to progress and get better. Mercer is a talented shooter team from deep, but they’re lucky the Bears were just 10/15 from the FT line.

Finally, we’ve seen Florida State win a rebound fight convincingly, although I’m still not thrilled to let Mercer grab 10 offensive rebounds. The early second half was worrying. FSU led 42-34 at break but found themselves trailing 53-52 just 8 minutes after halftime. The next 7 minutes were as back and forth as can be as the lead would change 8 times over the next four minutes. FSU took a small 4-point lead before Mercer came right back and connected him at 66.

FSU was led in scoring by Cam’Ron Fletcher, who hit a career-high 23 points in just 12 shots, including 3/3 from deep, and also grabbed 6 rebounds. His previous career high was 17. You can tell he cares, and that matters when they get over the loss to Florida.

Matthew Cleveland was looking much better on this one, scoring 18 points on 10 shots and sitting quietly 15/21 from the free throw line early in the season. If he can continue that percentage, it really changes the dynamic of his game.

Naheem McLeod looked sprightly in that game, finishing with 8 points, 9 rebounds, 5 blocks and 2 assists. He could have been a bit better on the glass and in his decision making but overall I liked what I saw from him.

I also really liked what I saw of Chandler Jackson in his 10 Minutes. He had a really nice backdoor baseline cut in the first half and used it to corner an open man. His court awareness is exceptional, and he’s the closest thing FSU has to a true point guard. I really want to see his minutes increase over the weeks.

I found the offense frantic at times, but they still scored 1,246 points per possession in this game. If they can clean up 9/19 with layups and keep taking Smart 3s, there’s potential for a decent offense.

It’s nice to see the boys win another game. I was really worried they would turn around after falling apart against Florida and it looked like they would do it again in this case. But they fought back, won and can take a little breather.

They will next travel to Orlando for the ESPN Invitational, where they will start the tournament on Thursday at 11 a.m. against Sienna.

Stay at NoleGameday for more Florida State basketball coverage throughout the season.