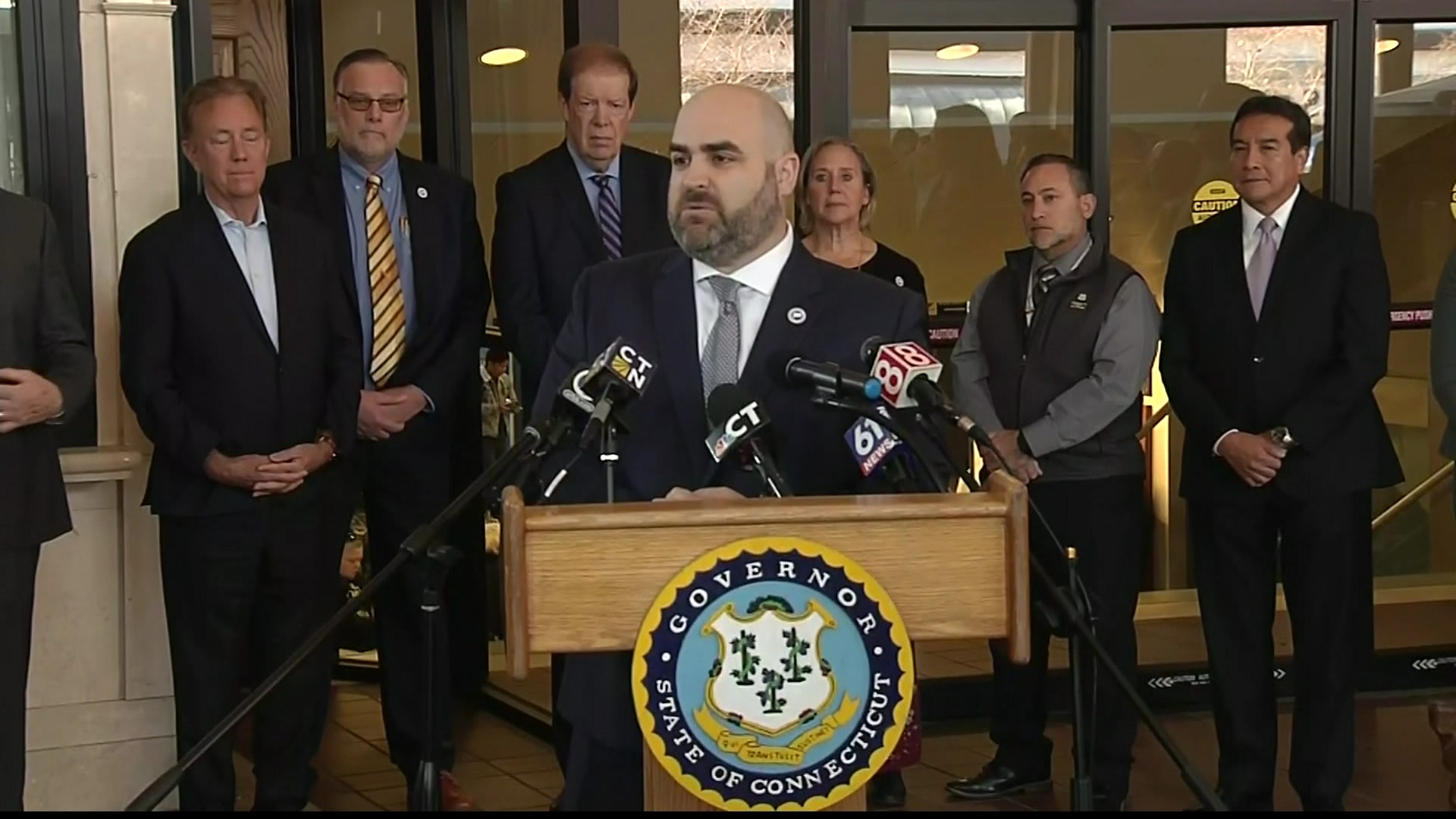 “I am very grateful to the governor for offering me this opportunity because it was the opportunity of a lifetime,” Giulietti told reporters from Hartford’s Union Station.

Eucalitto takes over at a critical time. Connecticut will get $5.3 billion from the new federal infrastructure law, and the state could win up to $100 billion more in competitive grants.

The money will accelerate bridge and highway projects, including:

Accelerating rail travel was a priority for Giulietti, who served as President of the Metro-North Railroad from 2014 to 2017. Eucalitto said Norwalk’s long-troubled Walk Bridge will finally be replaced next spring.

“The main obstacle in speeding up traffic will be the movable bridges and the so-called underground bridges, which are the fixed bridges,” he said.

Giulietti became the public face of Lamont’s failed push to bring tolls to Connecticut. Instead, lawmakers approved a controversial “freeway toll” for larger trucks. It starts in January and could bring in $90 million a year.

Critics say the fee will be difficult to collect and could push up the cost of goods just as inflation hits record highs.

“The things that we can control, we really need to control and make sure we’re not putting more burdens on Connecticut’s taxpayers,” said Senator Kevin Kelly (R-Stratford), the top Republican in the Connecticut Senate.

But Lamont said it’s primarily out-of-state trucks, which cause the most damage on Connecticut’s highways, that will pay.

“They pay a $100 freeway toll just to go over the George Washington Bridge so they can contribute a little bit to our roads and bridges here in Connecticut,” Lamont said.

Lamont added that Connecticut needs a dedicated revenue stream to qualify for tens of billions of dollars in federal highway grants.

“Shame on us, we don’t have the resources to take advantage of this,” Lamont said of the additional federal funding. “I’m putting the money four, five to one.”

Typical of a transition, several key members of the Lamont administration are not returning for his second term. Economic Development Commissioner David Lehman will also depart, along with Chief of Staff Paul Mounds and General Counsel Nora Dannehy.