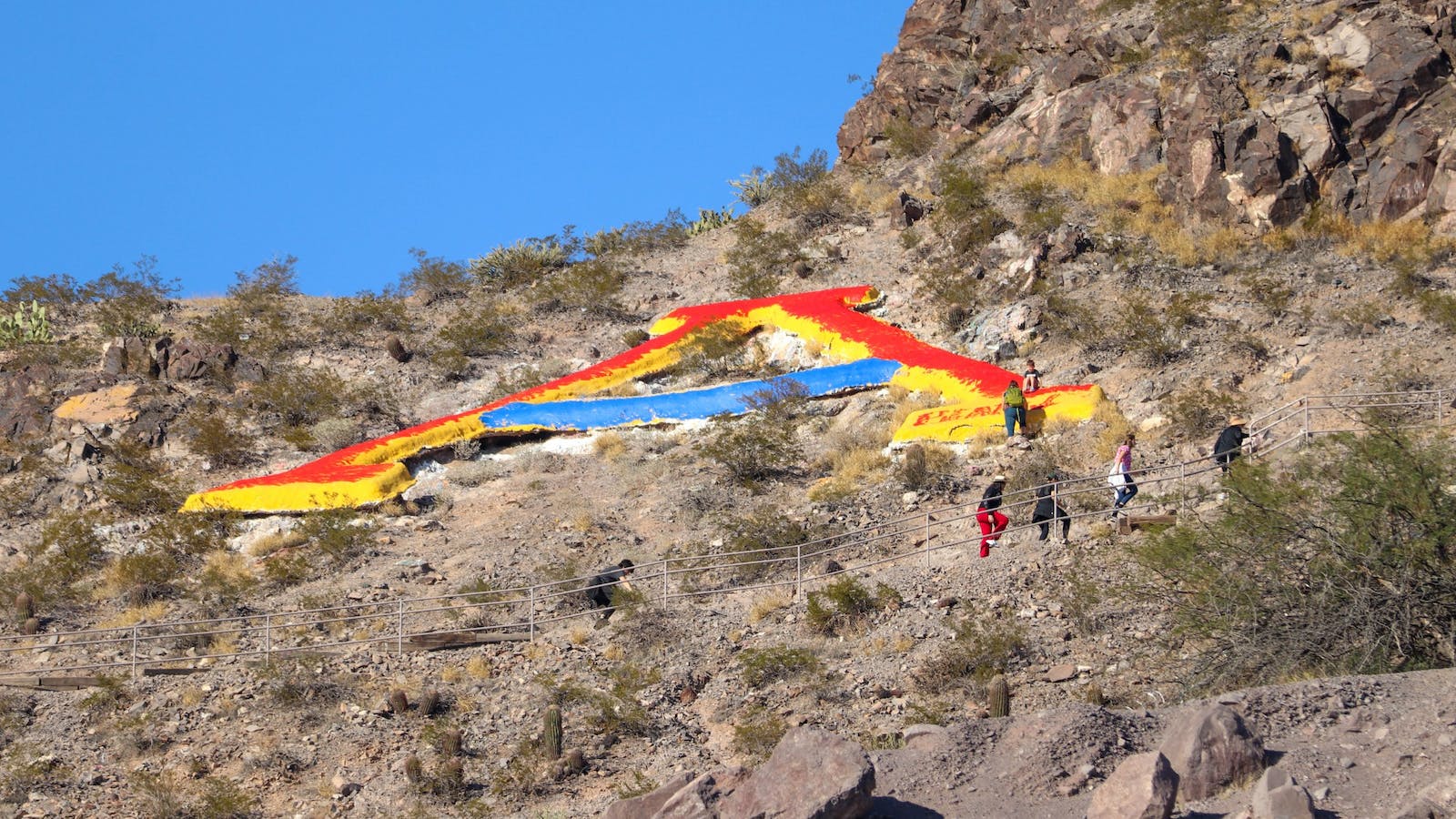 Tempe residents and students awoke Sunday morning to ASU’s iconic golden “A” on Hayden Butte trashed with UA’s school colors. The “A” also had UA’s slogan – “Bear down,” but with an arrow pointing down – scrawled in scarlet letters, with paint cans and paint rollers left at the scene.

The vandalism was found on the birthday of ASU mascot Sparky and just days before the university’s rivalry football game against the UA Wildcats on Friday, a traditional Territorial Cup bout. This isn’t the first time A Mountain has been painted in UA colors ahead of the big game.

The ASU Police Department said it was not notified of an arrest. However, if a suspect is found, the department said the offender would face vandalism and trespassing in addition to potential criminal damages.

It is an annual tradition for the Student Alumni Association to guard the “A” the week before the ASU vs. UA game. Montse Torres, the club’s president, said they only started guarding last night but the club will stop at the A Mountain post every night from 6pm to 6am until the game starts.

“I understand this rivalry is all in a fun competition but she threw us a curve ball. We’ve been trying to find ways to prevent this from happening in the future without closing the mountain, which isn’t possible since it’s owned by the city,” Torres, a junior studying political science, said in an email. “A Berg is an integral part of our university culture, he is symbolic of all things ASU and the foundation of so many of our traditions, and we want this vandalism to be final.”

ASU Media Relations declined requests for comment, saying they had nothing to add on behalf of the university.

Interim football coach Shaun Aguano said he made sure the team saw the painting and encouraged them to use it as motivation to “train in training” and “play with passion, not emotion”. He also said aguano showed a clip a scuffle between two UA players as an example of “things we don’t have to do”.

The “A” was first installed on Hayden Butte in 1938 when ASU was then designated the Arizona State Teachers College.

The rivalry is not only rooted in football, but also in Proposition 200, a law in the ’50s that helped ASU transition from a college to a university after UA was the only state university for decades. Bleacher Report wrote that Shane Dale, author of “Territorial: The History of the Duel in the Desert,” said UA students burned “No on 200” in the turf on the day of ASU’s first football game at Sun Devil Stadium .

The Territorial Cup is one of the oldest rivalry trophies in college football.

Reach the reporter at [email protected] and @WaissAlexis on twitter.

Continue to support student journalism and donate today to the state press.