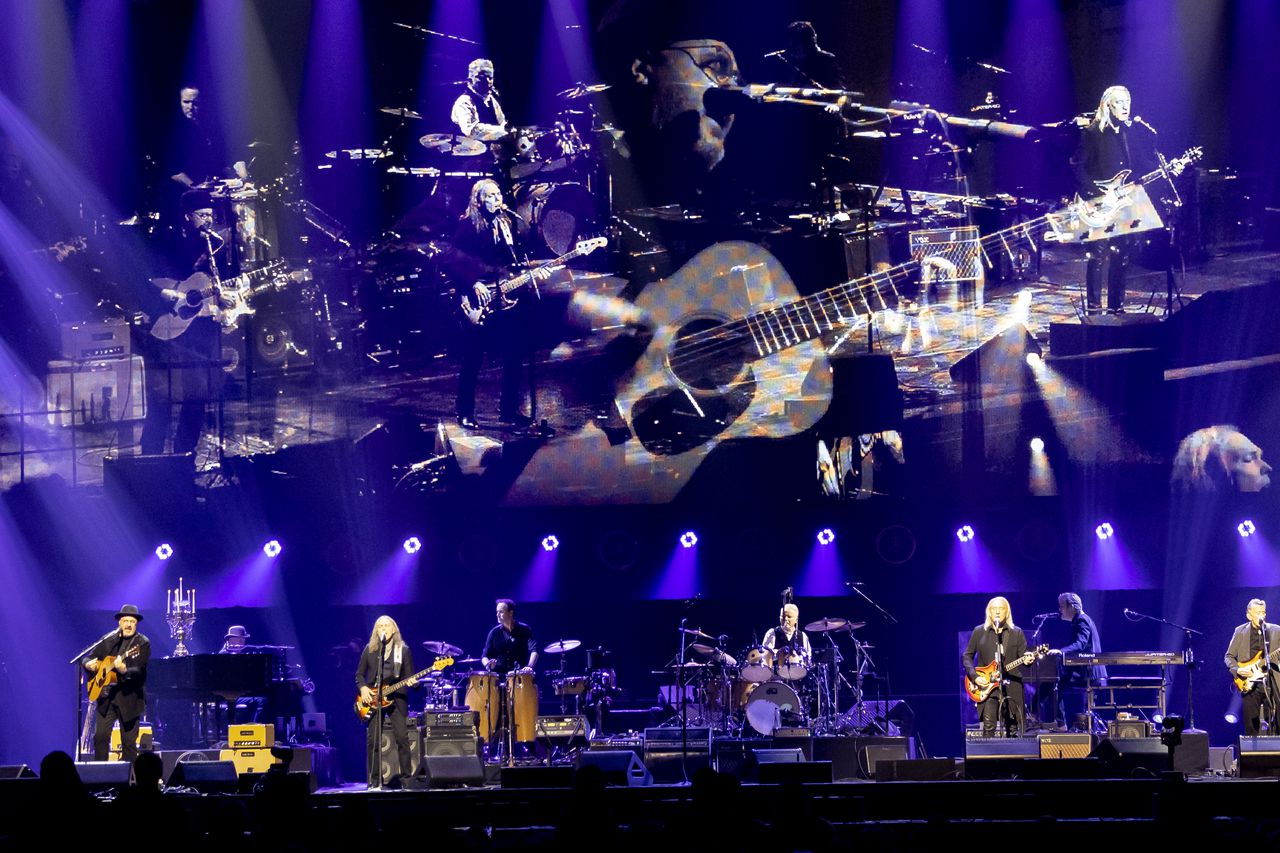 It was cause for celebration for Eagles fans in Alabama. The legendary band returned to Birmingham on Monday after a four-year absence, performing songs fans know and love.

The 8:07 p.m. show at BJCC’s Legacy Arena, which drew a full house, was a stop on the Eagles’ Hotel California tour. What better album than the 1976 monster hit that made the famous group even better known?

The 2022 Eagles line-up – Don Henley, Joe Walsh, Timothy B. Schmit and Vince Gill – performed all nine songs from the album Hotel California during the first set and then returned for a set of the band’s greatest hits. Nearly 30 tunes were on the program, giving the crowd ample opportunity to sing along, feel nostalgic and express their appreciation for the deep, rich Eagles catalog that blends rock, country and folk.

TIED TOGETHER: The 10 Greatest Eagles Songs (And Wait ‘Til You See What’s Missing)

The Eagles’ trademarks – impressive storytelling, gripping instrumentals and rich harmonies – have not diminished over time, although longtime fans in Birmingham have certainly noted and mourned the absence of founding member Glenn Frey, a singer, guitarist and songwriter who died in 2016.

However, Frey’s son Deacon made a guest appearance with the Eagles on Monday, singing leads on “Take It Easy” and “Peaceful Easy Feeling” during the second set and “Already Gone” during the encores.

TIED TOGETHER: Is it really the Eagles without Glenn Frey? Yes but …

Aside from the tracks on Hotel California, the show included One of These Nights, Take it to the Limit, Lyin’ Eyes, Heartache Tonight, Desperado, Tequila Sunrise, I Can ‘t Tell You Why”, “Witchy Woman” and more.

Guitarist/vocalist Walsh (who turned 75 on Sunday, the day before the Birmingham show) stood out with “Life’s Been Good,” “Rocky Mountain Way,” “In the City,” and “Funk #49,” a vintage -Jewel, in the spotlight the James gang.

One of the items on the setlist, “Seven Bridges Road,” boasts a five-part vocal arrangement and a strong connection to Alabama. The lyrics, written by Steve Young, were inspired by Woodley Road in Montgomery. The Eagles also closed the three-hour concert with a cover of Randy Newman’s “Birmingham,” featuring Henley on lead vocals. (He said it was “a little thing we threw together this afternoon.”)

Check out photos from Monday’s concert in the gallery at the top of this post, and later check out AL.com for more about the Eagles.